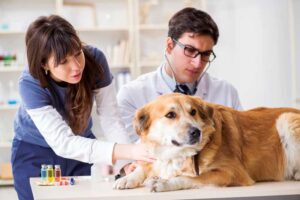 Cannabis is legal in many states, but it’s still illegal under federal law, which puts veterinarians who believe their patients can be helped by cannabis or cannabis extracts in a precarious position.

For now, veterinarians must comply with both federal and state laws when it comes to prescribing treatment for their patients. That’s the word from the American Veterinary Medical Association (AVMA).

“Separate from scheduling under the CSA, it is important to ensure the safety and efficacy of any product used to treat animals, including cannabis-derived products,” said AVMA spokesperson Michael San Filippo. “Under the Federal Food, Drug, and Cosmetic Act (FFDCA), with which veterinarians must also comply, products to be used as animal drugs must go through the FDA’s drug approval process.”

The intended use of a product determines whether it’s a drug under the FFDCA. An example from FDA illustrating how the federal government views the matter is as follows:

“When a company sells bottled water for people to drink as a beverage, the water is not a drug. But if the company sells those same bottles of water as a cure for cancer in dogs, the water is a drug under the FFDCA because the intended use is to cure a disease (cancer) in dogs.”

Another FDA example states: “When a company sells a product claiming it makes cows ovulate at the same time, the product is a drug. Although it’s not treating or preventing a disease in cows, the product’s intended use is to change how their bodies function, which makes it a drug under the FFDCA.”

Unapproved drugs for which therapeutic label claims are made are considered to be “unsafe” under the FFDCA, according to San Filippo.

“As such, unapproved drugs may create legal risk for veterinarians who administer, prescribe, dispense, or recommend them,” he said. “Right now, there are no cannabis-derived drugs that have been approved in the U.S. for use in animals.”

One product derived from cannabis that doesn’t fall within the definition of “marihuana” under the CSA is Epidiolex, a recently FDA-approved cannabis-based drug for people. “Since it is an FDA-approved drug for human use, and there is no corresponding veterinary drug, veterinarians may be able to use Epidiolex in an extra-label fashion,” San Filippo said. “The AVMA is aware of no current restrictions on doing so.”

At the state level, laws allowing for recreational or medical use of marijuana, or components like tetrahydrocannabinol (THC) or cannabidiol (CBD), do not apply to the use of these products in animals, according to San Filippo.

For example, with California Governor Jerry Brown’s signing of Assembly Bill 2515, discussion of cannabis products with clients, including CBD, will be possible in that state as soon as guidance is written. Guidelines are expected to be developed by the Veterinary Medical Board (VMB) on or before Jan. 1, 2020. Veterinary engagement will be subject to restrictions, such as the practitioner will still be unable to administer, dispense, or prescribe these products.

VMB provided the following statement to Veterinary Practice News. “Over the past several years, the board has been discussing and seeking guidance on the legality of a veterinarian recommending or discussing cannabis for use on animal patients. Because cannabis remains a Schedule
I controlled substance, no healing arts professional, including veterinarians, has legal authority to administer or prescribe cannabis for use on human or animal patients.”

The statement also notes the board has “concerns over the effect of cannabis on animals” and would like to see more studies conducted in this area, as well as having cannabis pet products regulated similar to how the California Department of Public Health regulates human edible products.

“From the board’s experience, it is not known what is contained in the pet cannabis products,” the statement continues.

Another state where cannabis has been legal for some time is Colorado. According to the Colorado Veterinary Medical Association (CVMA), it is still illegal in that state for any veterinarian to prescribe marijuana for animal use. CVMA’s position statement is the following:

Narda G. Robinson, DO, DVM, MS, FAAMA, president and CEO of CuraCore Integrative Medicine & Education Center in Fort Collins, Colo., advises practitioners to educate themselves on the potency and effects of cannabis.

“The first thing to consider is what, exactly, would be prescribed,” Dr. Robinson said. “Marijuana contains more than 0.3 percent THC on a dry-matter basis. It would be concerning, at this time, to prescribe it to animals without a clear, evidence-substantiated rationale for administering cannabis that has more THC than is allowed in hemp products, which have less than 0.3 percent THC on a dry-matter basis.”

Robinson also noted the legality of the question, because at this point, both hemp and marijuana, being cannabis products, are classified as Schedule I drugs.

“Importantly, one would want to know the quality and chemical composition of the product, as well as the results of research for the clinical condition in question,” she said.

Federally legal or not, a number of these products are out there. “The primary reasons these products are seen in the marketplace is that one, their sales are lucrative and create business opportunities with associated revenue, and two, because there have been limitations placed on the Drug Enforcement Administration and FDA regarding enforcement,” San Filippo said.

Robert Silver, DVM, is chief medical officer of Rx Vitamins, which sells human and animal vitamins, including HempRx, an endocannabinoid system support product for dogs and cats. He has a different take on the matter.

“The evidence has shown the low-THC form of cannabis, which is hemp, is safe to use for six weeks, at least, in a study performed on 30 beagles given very high doses of CBD twice daily,” Dr. Silver said. “We also know it can help canine osteoarthritis as a result of a study completed and published at Cornell University.”

He also noted there are a number of companies looking to pursue the FDA-approval track for their synthetic or patented cannabis products.

“Cannabis that has low THC and is hemp is best regulated as a nutraceutical and for that category, medical claims are not allowed, but structure and function claims are,” Silver said. “Hemp/cannabis is not currently an approved ingredient by FDA-Center for Veterinary Medicine, so until it is, it cannot be used as a nutritional ingredient in animal feed or treats.”

ElleVet Sciences, a maker of cannabinoid-based soft chews and oil products, has gotten several cannabis-related trials off the ground. One is a clinical trial led by Cornell University and Joseph Wakshlag DVM, PhD, Dipl. ACVN, Dipl. ACVSMR, on dogs with osteoarthritis. Another three trials with the University of Florida in oncology, seizure, and postoperative pain are in the works.

You May Also Like  Expansion, diversification central to pet food partnership

The osteoarthritis study included 16 dogs. Most of the subjects, some of which were on the verge of being euthanized, had a positive response, according to Amanda Howland, cofounder of ElleVet.

“Because of our clinical trial, our pharmacokinetic studies, and our long-term safety studies, we have been able to set standards, determine accurate dosing, and determine safety, all with data to back it up,” Howland said. “We have the evidence, and we are compiling more evidence; more than 85 percent of dogs tested on our product have experienced significant or dramatic improvement.”

ElleVet now has evidence, along with dosing and safety data, which Howland said is a major change because only anecdotal evidence was available prior to their clinical trial. “We have offered the results of our safety data to AVMA or any agencies or officials that would like to see them, and we are willing to have an open dialogue about developing parameters and requirements for companies to meet to be approved for veterinary use,” she said.

Robinson, who believes more study is needed, is encouraged by what she’s seeing in studies on CDB. “The results from this research are reinforcing the notion that cannabidiol, the nonintoxicating major cannabinoid in hemp, can benefit dogs with seizures and osteoarthritis, and do so safely,” he said. “This type of clinical research on naturally occurring disease provides relevant data in target species based on products made specifically for the target species being studied.”

Sarah Brandon, DVM, also is encouraged by the studies, but she believes actual usage may provide additional valuable information.

“I think the most profound change regarding evidence is the sheer number of pet parents administering cannabis in any form—capsules, oil, treats, etc.,—to their pets,” said Brandon, CEO of Canna Companion, a provider of supplements that contain a combination of phytocannabinoids, the main group of compounds in hemp, terpenes, and flavonoids. “This allows us to observe real-world efficacy, which is comparable to reports from humans taking similar products.”

Having this data can also help determine there is little risk of severe adverse reactions, which she said is perhaps most important because this leaves a class of supplements that are likely to help and unlikely to cause lasting harm. “Side effects reported seem to be consistent—sedation and GI upset are at the top of the list,” she said. 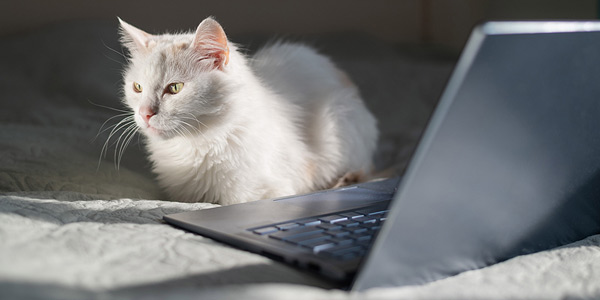