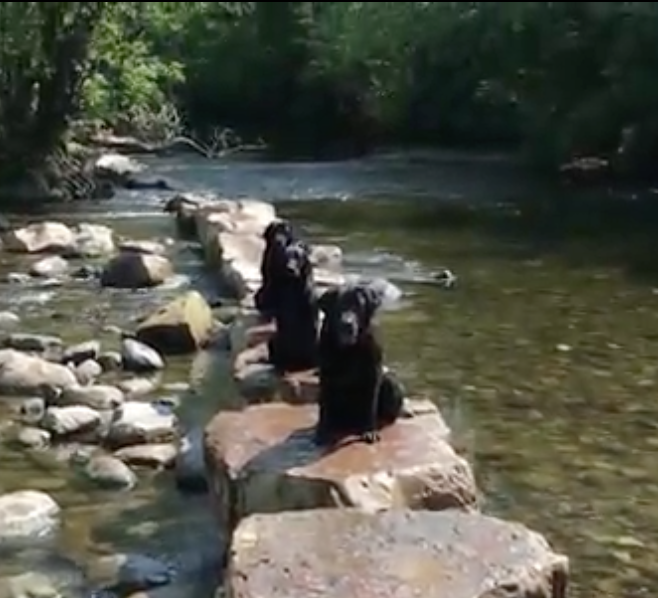 Katie Williamson, a 19-year-old veterinary nurse in training, has a video where her five Labradors (plus her friend’s Labrador) she’s trained line up in a row and then come to her when each of their names are called.

The dogs — named Libby, Sally, Ebony, Aura, Zara and Peggy — range in age and have posed for a number of pictures. Some people thought the pictures were photoshopped, but as the video shows, Williamson has pulled this feat off.

“The five Labradors can be a bit of a handful at times but they are very well-behaved usually so I don’t have many issues at all handling them,” she said to the Daily Mail. “My family and I have been taking them to the fields around the river since I was very young and we have lots of photos of them posed up in a row looking at the camera, though I have never got one quite as good as this. We train them to sit still and then let them rest. They only do it for a couple of minutes at a time so you have to be quite quick to get a picture…”

Williamson, who lives in Cumbria, UK and works at who works at Frame, Swift and Partners veterinary practice, says the dogs are quite mischievous too. They like to jump in the family’s fish pond, possibly terrifying the 24 carp that live inside it. Despite that, that overall, they are well-behaved.

“They are our babies and they’re all very close,” Williamson told the Daily Mail.