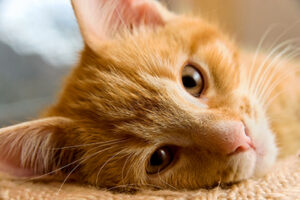 Scientists in Australia have identified a new feline disease, tentatively named domestic cat hepadnavirus, which is similar to that of hepatitis B in humans. The discovery, which has been published in the journal Viruses, could impact human medical research, as well as the health of cats, according to the University of Sydney research team.

Researchers at the university made the breakthrough during their search for cancer-causing viruses in the tissue of an immunocompromised cat. The disease was identified after Jasper, a cat belonging to researcher Julia Beatty, Ph.D., professor of feline medicine at the university, died from heart disease and was found to be carrying a virus previously unidentified in cats. The Morris Animal Foundation-funded research team, including Dr. Beatty, was able to map a complete genome of the new virus and then tested banked samples from cats, including Jasper.

Beatty affirmed this connection to be important for the global veterinary industry, as well as the overall medical community.

“As soon as we know about a virus in one particular species, it can be relevant for other species as well,” said Beatty. “We’ve got a vaccine for hepatitis B infection, but we are still not 100 percent sure how that causes cancers. The more species that we know about that have these viruses, the more we can learn about how this type of virus interacts with its host, whatever mammal that is.”

“If we can find the viruses that cause tumors, then we can make a vaccine that protects against the virus and therefore stops the cancer from occurring,” she added.

“Finding a new virus responsible for disease is the first step in developing a vaccine to prevent infection,” said Dr. Diehl. “It is especially exciting if the vaccine could prevent a future cancer from developing in immunocompromised or other vulnerable cats.”