Colo, a western lowland gorilla, is not only the world’s first gorilla born in a zoo, she’s also the oldest zoo gorilla in the world. She lives at the Columbus Zoo and Aquarium in Powel, Ohio. Going on 60 years now, Colo recently underwent an examination by zoo veterinarians to remove a mass growing under her arm.

The mass was first spotted last summer, and after consulting with both human and animal medical professionals, zoo veterinarians decided to observe the mass for any changes. But when it started to bother Colo, they went in and removed it, and sent tissue samples in for examination.

“Animal care is our first priority at the Columbus Zoo, so once we saw that Colo was in discomfort from the mass under her arm, making the decision to perform the procedure was very easy,” said Vice President of Animal Health, Dr. Randy Junge, in a press release. “She needed our help, and we decided there was a greater risk if we did not examine her, especially if the biopsy finds that she has a treatable condition.”

The zoo veterinary team, three full-time veterinarians and two vet techs, were joined by a cardiologist, anesthesiologist and ultrasound technician from a healthcare system provider, OhioHealth. Also joining them was a veterinary surgeon from MedVet Medical & Cancer Centers for Pets in Ohio.

Thanks to their efforts, Colo is recovering well after her surgery. Colo is not only important to the western lowland gorilla as an endangered species, she’s special to the zoo as well. “When we announced the need for Colo to have surgery we received an outpouring of support from around the world,” said Tom Stalf, president and CEO of the zoo. “So many people have a special relationship with her, whether they share her birthday, came to visit when they were children, or make a point to spend time with her every time they come to the Zoo. She has put a face to a critically endangered species whose survival rests primarily on the shoulders of humans and has inspired generations to care about gorillas. We know we are privileged to be able to help her live an extraordinarily long, healthy life.”

Colo has exceeded her normal life expectancy by more than two decades. Thanks to veterinarians, she’ll get to see her 60th birthday on December 22, and may have many more birthdays to come. 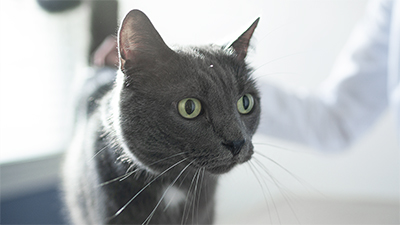 Remove the stress of urinary issues in cats