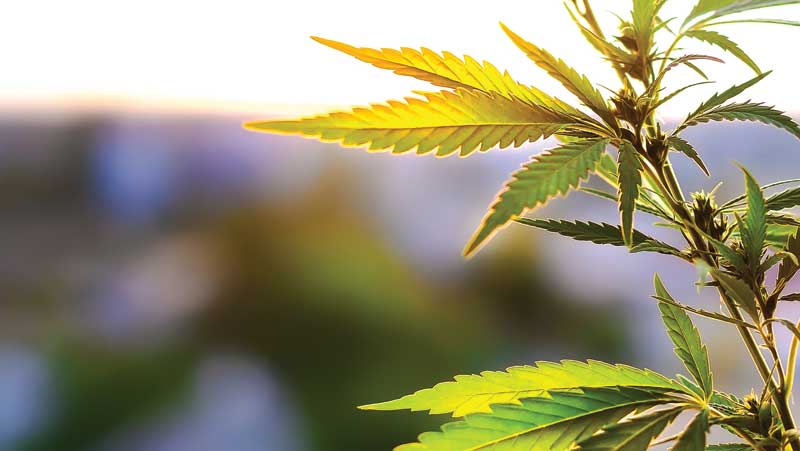 In 2018, I wrote a brief summary of the evidence concerning medical cannabis in veterinary patients. At that time, there were no published veterinary clinical trials. Any conclusion about the safety and efficacy of cannabis-based medicines was necessarily extremely tentative, as it could only be based on extrapolation from preclinical lab studies and research in humans. At that point, I concluded:

There is substantial evidence for only a couple of uses in humans, including pain and chemotherapy-induced nausea. There is no direct evidence for any use of cannabis in dogs and cats, though there is clear evidence for the toxicity of marijuana. All veterinary cannabis products are unregulated, and most have not been tested for safety or quality control, much less clinical benefits. Until further research is available, use of cannabis in dogs and cats is entirely experimental and based only on anecdote…1

Cannabis is a “hot topic” right now, and the combination of loosening legal restrictions and great enthusiasm among its proponents and pet owners is driving research. As such, the evidence landscape is changing rapidly.

In humans, clinical trials have provided convincing evidence for efficacy of cannabidiol (CBD) as an adjunctive treatment in some kinds of refractory epilepsy, and the U.S. Food and Drug Administration (FDA) has now licensed one CBD product for this use.2 Though the evidence is still considerably weaker in veterinary patients, two clinical studies have been published since 2017.

A randomized, double-blinded, placebo-controlled study was published in 2018 evaluating a commercial CBD product in dogs with osteoarthritis.3 Twenty-two dogs were recruited and 16 completed the study (a 27 percent dropout rate).

The subjects were given placebo or 2 mg/kg of the CBD product every 12 hours for four weeks during one condition, followed by a two-week washout period and then crossover treatment under the other condition. Subjects also could take NSAIDs (about half did) or nutraceuticals, such as fish oil or glucosamine (the authors didn’t report how many did).

The owner pain scales showed significant improvement during the CBD treatment phase and not during the placebo phase. Veterinarian exams suggested an improvement in pain, but did not show amelioration in lameness or weight-bearing (unlike NSAIDs, which improved all three measures).

The only clinical laboratory value affected by the cannabidiol was the alkaline phosphatase (ALK), which increased during the CBD treatment phase. The authors did not report any adverse effects in the study subjects, but they also did not report whether any formal monitoring of adverse effects was conducted.

You May Also Like  2020: A year the veterinary world changed course

This study incorporated important measures to control for bias and error, including randomization, placebo control, and blinding of owners and veterinarians (though no assessment was made to ensure the blinding was effective). Appropriate statistical methods were employed, and the assessment tools used were validated measures of clinically relevant signs.

The sample size of 16 dogs is quite small, which increases the risk of random error and limits confidence in the generalizability of the results. It is also concerning that 27 percent of the subjects initially enrolled dropped out of the study, since loss to follow-up greater that 20 percent is often considered a risk for bias in such studies.4 Subjects dropped out for a variety of reasons, and none seemed obviously related to the treatment under study.

There was no apparent placebo effect, which is unusual for an arthritis study using subjective measurement instruments. The authors suggest one explanation for this may be that so many owners were veterinary professionals and might be less susceptible to placebo effects. This is unlikely given other studies of arthritis treatments have shown caregiver placebo effects impact veterinarians similarly to pet owners.5 The significance of this is unclear.

There also were no reported adverse effects of the CBD. Human trials evaluating CBD have consistently showed relatively high rates of minor side effects, including some limiting tolerability of the treatment.6,7 Any effective medicine is going to have some risks and undesirable effects that have to be balanced against its benefits. A study showing no adverse effects at all could be a sign the treatment is not active or the study did not properly detect side effects that may emerge once it is more widely used in the real world.

This study is encouraging and suggests further clinical trial research on the potential of CBD as a therapy for canine osteoarthritis is warranted. However, the evidence provided by a single, small trial is always weak and tentative, so confident claims of safety and efficacy are not justified.

In 2019, a randomized, blinded, placebo-controlled study was published evaluating CBD in dogs with refractory epilepsy.8 Only 26 patients (~10 percent of applicants) met the stringent inclusion requirement: idiopathic epilepsy with MRI, cerebrospinal fluid (CSF) analysis, other diagnostics to rule out other seizure etiologies, and a minimum of two seizures per month over the previous four months despite at least one conventional anti-seizure medication. Patients were randomized to receive placebo (n=14) or CBD at 2.5 mg/kg every 12 hours for 12 weeks (n=12).

As in the CBD study, an increase in ALK was seen in dogs taking cannabidiol. However, unlike the other study, two dogs (17 percent) dropped out of the treatment group as a result of ataxia. This appeared to be due to the CBD, as it resolved once the treatment was discontinued.

The design of this study included standard measures for controlling bias, and the analysis appeared to be appropriate.

This is, again, a very small study. While the stringent exclusion criteria were appropriate for a preliminary trial, the result is a study population unlikely to be representative of the general epileptic population in which CBD would typically be used. The dropout rate was quite high, and a relatively large proportion of the dogs in the treatment group (17 percent) had adverse events severe enough to require withdrawal from the study. The presence of such adverse events does indicate an active treatment and appropriate monitoring, but it also suggests this may be a significant risk for patients on this treatment.

This study provided some evidence that CBD might be useful in refractory epilepsy in dogs, but one of the two primary outcomes did not differ between the treatment and placebo groups, and the results are likely of limited applicability to the typical epileptic patient population. Further study is warranted, but this is insufficient evidence to justify recommending CBD for epilepsy.

These two clinical trials are important steps forward in understanding the potential risks and benefits of CBD for osteoarthritis and epilepsy in dogs. Neither, however, provides strong evidence or justifies confident claims or clinical use outside of the research context. As frustrating as it is to wait for good evidence, doing so is ultimately better for our patients than prescribing insufficiently tested treatments that we later find have adverse effects we did not anticipate or that simply don’t work (e.g. oral tramadol for dogs).9

The other issues with cannabis-based medicines, such as the legal status and the lack of appropriate regulation or product quality control, are improving; however, significant problems remain. Despite the speed at which enthusiasm is growing and research is being conducted, the use of CBD and other cannabis-based products still involves a great deal of uncertainty about efficacy and safety. Though acutely fatal reactions to such products are extremely unlikely, there is insufficient evidence to show their use in any specific condition will lead to reliable improvement for patients, and these are very much experimental remedies.

7 National Academies of Sciences E. The Health Effects of Cannabis and Cannabinoids : The Current State of Evidence and Recommendations for Research.