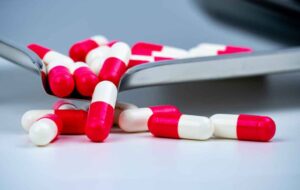 Following accusations of manufacturing and distributing adulterated animal drugs, a California company has issued a response to the Department of Justice (DOJ).

Med-Pharmex says it is “disappointed” by the department’s decision to file a civil complaint based on an inspection it says was conducted nearly 18 months ago.

“This inspection took place in early May 2019, and since then, Med-Pharmex has invested tremendous resources in not only specifically remediating the initial findings, but also in enhancing its entire quality and control process,” the company says. “As this matter is now regrettably in litigation, it is not appropriate to comment further on the action.”

At the request of FDA, DOJ filed the complaint through the U.S. District Court for the Central District of California. The agency seeks “permanent injunction” against MPX and employees Gerald P. Macedo and Vinay M. Rangnekar to prevent the manufacturing and distribution of animal drugs under current alleged conditions.