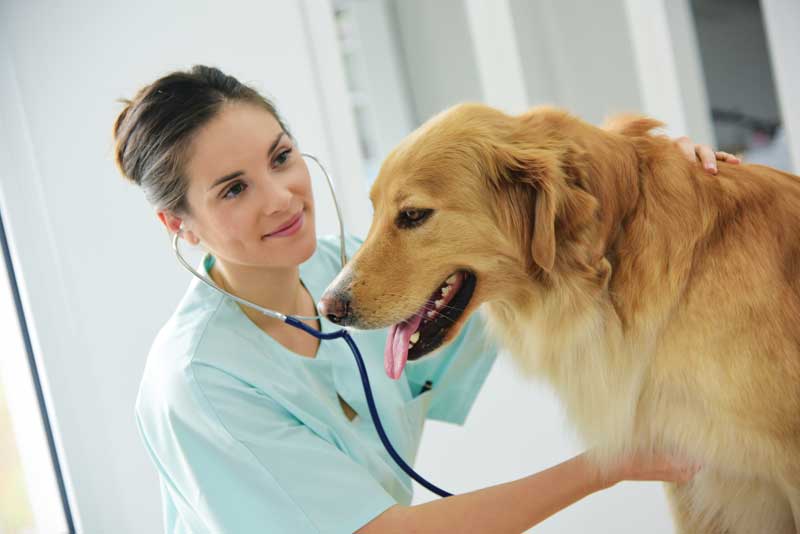 Examining all interventions critically from the perspective of the best available evidence is an important principle in evidence-based medicine. This applies to well-established and widely practiced therapies as much as to novel or unusual ones. As new evidence becomes available, revisiting established treatments and revising or abandoning them when indicated are key to curating the most effective, evidence-based set of clinical practices possible.

The use of angiotensin-converting enzyme (ACE) inhibitors in dogs and cats with cardiac disease is a long-standing treatment that has been reevaluated periodically as new evidence is developed. Many practitioners approach the use of these drugs as they were taught to in veterinary school. Given the substantive change over time in the evidence and the controversies about the role of ACE inhibitors in the treatment of heart disease, I believe it is worthwhile to review the rationale and the available evidence.

What are ACE inhibitors and what do they do?

The myriad effects of the renin-angiotensin-aldosterone system (RAAS) are complex, but in brief, ACE inhibitors block the conversion of angiotensin I to angiotensin II. This reduces the effects of angiotensin II, which include direct vasoconstriction and indirect effects through aldosterone release. Less aldosterone leads to reduced renal sodium retention and lower levels of antidiuretic hormone, both of which promote diuresis and reduced blood volume. ACE inhibitors also cause increased levels of bradykinin, which is a vasodilator and mild diuretic.1,2

These effects are believed to benefit patients with cardiac disease by reducing blood volume and vascular resistance. However, predicting the clinical impact of medications based on physiologic rationale alone is often unsuccessful; determining the true risks and benefits of drug therapies requires the use of clinical research.

In addition to a plausible physiologic rationale, there is evidence from experimental animal models suggesting ACE inhibitors should be beneficial for patients with cardiac disease.1,2 There is also clinical trial research in humans showing benefits of various ACE inhibitors for patients with heart failure and some types of heart disease without heart failure.3-5 That said, the application of such human clinical trial evidence to veterinary patients is always problematic. While evidence in humans is often much more extensive and robust than veterinary research, differences in physiology and in the causes and treatment of human and veterinary patients make direct extrapolation of human studies to dogs and cats unreliable.

Use in dogs with congestive heart failure

ACE inhibitors are among the most studied therapeutics in veterinary cardiology. This gives us more data than usual to evaluate, but it also forces us to contend with contradictory findings and interpretations of the available studies.

The balance of the evidence suggests ACE inhibitors added to standard therapy improve survival and clinical symptoms in dogs with congestive heart failure (CHF) secondary to mitral valve disease (MVD) or dilated cardiomyopathy (DCM).1,2,6-10 The COVE study randomized dogs with MVD or DCM to standard treatment and either enalapril or placebo for 28 days and found a significant increase in survival in those given the ACE inhibitor.6 The IMPROVE study also found the same benefit with enalapril,9 and the BENCH study found significant survival benefits from benazepril compared with placebo in a similar population.8

The LIVE study found a survival benefit for enalapril plus standard therapy compared to standard treatment and placebo in dogs with CHF due to MVD and DCM.7 However, there is some controversy about this study, and it has been noted by several cardiologists that prepublication data presented at conferences and the data in the final journal publication differ in significant ways that alter the study’s conclusions. There is evidence that industry-sponsored research tends to be favorable to the interests of the sponsor,11,12 and this could be a factor in the inconsistencies of the data from this study.

One study, which has been reported at a conference but not yet published, compared treatment with furosemide and pimobendan alone to treatment with these medications and an ACE inhibitor (ramipril); it found no benefit from addition of the ACE inhibitors for dogs in left-sided CHF.13 This contradicts some of the other existing studies, so while the preponderance of evidence suggests ACE inhibitors probably benefit patients with CHF, there is room for reasonable doubt. All conclusions based on scientific evidence are probabilistic, not absolute, so it is more useful to evaluate medical therapies in terms of the strength of the evidence and our degree of confidence in our conclusions than it is to talk about treatments being “proven” effective or ineffective.

Use in dogs without congestive heart failure

The SVEP study randomized more than 200 Cavalier King Charles spaniels with MVD to placebo or enalapril and monitored for the development of CHF. Only about 40 percent of the dogs in either group developed CHF over approximately three years, and there was no difference between those on enalapril and those receiving placebo, regardless of the presence of left atrial enlargement.16

Another study compared outcomes in dogs with MVD not in CHF given benazepril or given no treatment. The authors found no difference in the time to onset of CHF. Several other outcomes were reported purporting to show benefits of benazepril treatment in dogs other than Cavalier King Charles spaniels; however, the methodological limitations of this study cast significant doubt on these claims.17,18

There is very limited research evidence evaluating ACE inhibitors in cats. One small study of cats with hypertrophic cardiomyopathy (HCM) and not CHF found no significant effect of treatment with ramipril.19 Another study evaluated benazepril on cats with various types of heart disease both with and without CHF and found no evidence of any benefits.20