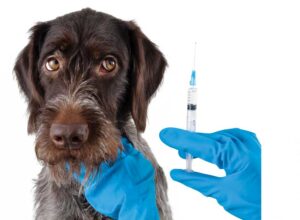 The use of any medical interventions involves balancing risks and benefits.
A treatment that has zero risks almost certainly does nothing meaningful. In the case of vaccination, the benefits are well established and often taken for granted. Many serious, even life-threatening, diseases can be prevented through vaccination. In humans, childhood vaccination is recognized as the No. 1 public health achievement of the 20th century,1 and the benefits continue to grow in the 21st.2 Although less data is available in veterinary medicine, there is no question that vaccines have been enormously effective in reducing illness and death in veterinary species as well.3-4

Against these benefits, we must balance the risks of vaccination. Assessing vaccine-adverse events, especially those that may be delayed, is extremely challenging. Such risks will depend on the type and constituency of particular vaccines, administration practices, the health and genetic makeup of individual patients, and many other factors. Given that most companion animals are given multiple vaccines over an extended period, identifying an association or causal connection between vaccination and illness is difficult.

It is tempting to suspect vaccines as the cause for any illness for which the etiology is not yet known, particularly those disorders that involve the immune system. However, before any change in vaccination practices that might reduce the benefits of this intervention, we must have reliable evidence that such change will serve to reduce a real and significant risk.

It is sometimes claimed that vaccination can induce autoimmune diseases, such as immune-mediated thrombocytopenia (ITP) and immune-mediated hemolytic anemia (IMHA) in companion animals.5,17,24 Various potential mechanisms for such autoimmunity have been suggested. Molecular mimicry, for example, involves a possible loss of tolerance to self proteins due to exposure to nonself proteins through vaccines.6 Hypothesized veterinary examples would include production of antibodies against canine thyroglobulin in dogs exposed to bovine thyroglobulin via vaccination and possible autoimmunity against renal tissue in cats exposed to feline kidney cell antigens in vaccines.7-8 Numerous other potential mechanisms also have been proposed, with varying degrees of plausibility and supporting evidence.9-10

Despite the profusion of hypothetical mechanisms, and the widespread belief vaccines might be a risk factor for autoimmune disease, it has been very difficult to find compelling evidence that this is a real and significant problem. Billions of humans have been vaccinated over the past century, yet reports of clear associations between vaccination and autoimmune disease are scarce. One particular influenza vaccine used in 1976-1977 was associated with an increased risk of the neurologic disorder, Guillain-Barré Syndrome (GBS), on the order of about one excess case of GBS per 100,000 vaccinated individuals. Subsequent influenza vaccines, however, have not been associated with increases in the occurrence of GBS.11

With respect to ITP and IMHA in humans, two studies have examined potential association with vaccination. One investigation of a database of 4.2 million children identified 55 cases of IMHA, and no association with vaccination was found.12 A literature review examining cases of ITP in children found an association only with the MMR vaccine, with an increased risk of one to three cases per 100,000 vaccinations.13 Another study found MMR associated with ITP at a rate of one per 21,000 to 40,000 vaccinations.14 It is important to bear in mind, however, that these rates are much lower than the risk of ITP associated with measles infection (one in 3,000 to 6,000 cases), so the benefit of this vaccine clearly outweighs the risk. Reports of other diseases occurring following vaccination exist, but clear causal connections have not been established.

Several studies have reported potential association between vaccination and IMHA or ITP in dogs, though only a few have been designed specifically to look for such an association. Table 1 lists relevant studies and their findings.

The limitations of this literature are many. The studies are all small, with the largest having only 76 cases compared to the hundreds of cases and millions of humans monitored in similar studies from the human literature. There are varying study designs, and several are case series or surveys that contain no control group or other method for establishing causality. The most a case series can do is show that IMHA or ITP sometimes occur after vaccination, not that there is a causal link between the two events.

The methods and results of these reports are highly inconsistent. The retrospective studies look at vaccination from two weeks to two months prior to diagnosis. This would only detect a causal relationship that involved a specific single vaccination event and a fairly short time course. The potential effects of repeated vaccination or a pathophysiological process that unfolds over months or years would not be detected by such studies.

The proportion of IMHA or ITP cases vaccinated within the timeframe chosen for these studies varies tenfold, from 2.4 percent to 26 percent, and the source of this variation is unknown. Of the case/control studies, one found cases more likely to be recently vaccinated than controls16 while three found no difference.18-19, 21 The other case/control study could not assess any association due to incomplete records,20 which illustrates how unreliable retrospective data collection can be.

There are theoretical reasons to suspect that vaccination could induce clinical autoimmune disease, such as IMHA or ITP, by a variety of possible mechanisms. The data in humans, evaluating millions of vaccination events, has so far only substantiated a very small increase in ITP and IMHA risk from only one vaccination. This risk is far smaller than risk of ITP and IMHA associated with the diseases prevented by this vaccine, so the balance of risks and benefits still favors vaccination.

In dogs, the available research evidence is extremely limited. Potential mechanisms by which vaccines might trigger autoimmunity have been demonstrated. However, surveys and case/control studies have mostly found no relationship between recent vaccination and ITP or IMHA. Less-direct, longer-term effects on the risk of these disorders, and the relationship between genetic susceptibility and vaccination, have not been sufficiently studied to allow any conclusions.

Overall, the benefits of vaccination are clear and well-established, whereas the risk of IMHA and ITP associated with vaccination are theoretical and not convincingly demonstrated. While more research on the subject is clearly needed, the current evidence does not support changing vaccination practices for the purpose of reducing the risk of occurrence or relapse of ITP or IMHA in dogs.