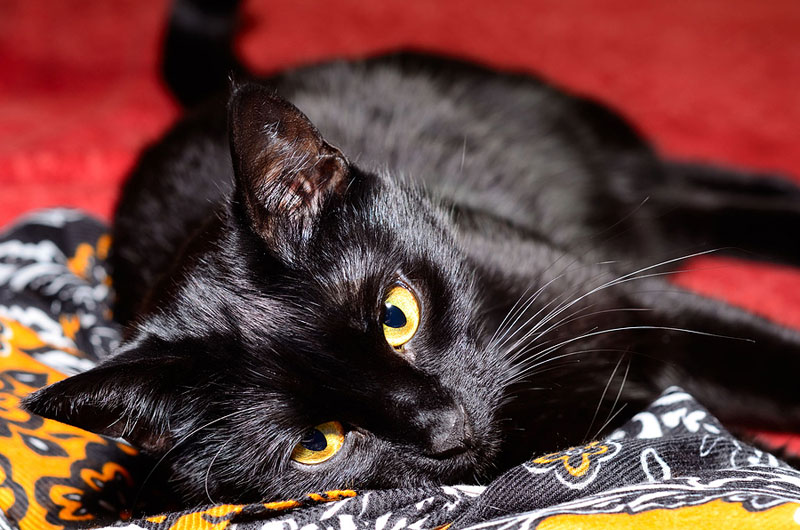 Feline friendship might have a positive effect on children with autism spectrum disorder (ASD) and their families.

This is according to a new exploratory study funded by the Human Animal Bond Research Institute (HABRI) and the Winn Feline Foundation. The research, which was led by a team from the University of Missouri (MU), explored the emotional, behavioral, and social benefits of shelter cats on families of children with ASD.

“Previous research has focused on interactions of dogs with children who have ASD, but dogs may not provide the best fit for all children and their families, especially given the hypersensitivities to sound that are common among children with ASD,” says Gretchen Carlisle, PhD, MEd, RN, research scientist at the University of Missouri Research Center for Human Animal Interaction (ReCHAI).

Researchers collected surveys every six weeks, measuring children’s social skills and anxiety, as well as parent/child bonds with the cat. All felines involved in the study were predetermined as having a calm temperament.

The study found that, following the introduction of a shelter cat, children with ASD experienced “significant increases” in empathy, while also demonstrating a decrease in some behaviors (e.g. bullying, hyperactivity/inattention) and less separation anxiety.

Additionally, children and parents reported feeling strong bonds with their new cat almost immediately and, despite the responsibilities involved in care for a cat, these bonds did not decrease over time.

This, researchers say, suggests shelter cats may be beneficial for some children with ASD while not necessarily creating a burden for their parents.

“For the first time, we have scientific research that shows how beneficial cats can be for families of children with ASD,” says HABRI’s president, Steven Feldman. “Selecting a suitable family pet is an important decision. Families with a child with ASD now have more information and more choices, and we hope that this will also help more shelter cats find good homes.”

You May Also Like  Charting puppy growth can avoid plump pooches

“To our knowledge, no studies prior to this have examined the attachment to the cats of children with ASD and their caregivers after adoption,” adds Winn Feline Foundation’s interim executive director, Vicki Thayer, DVM, DABVP (feline). “We hope other scientists will further study cat adoption in families of children with ASD, following this important study.”

“Exploratory study of cat adoption in families of children with autism: Impact on children’s social skills and anxiety” has been published in the Journal of Pediatric Nursing. To read it, click here.