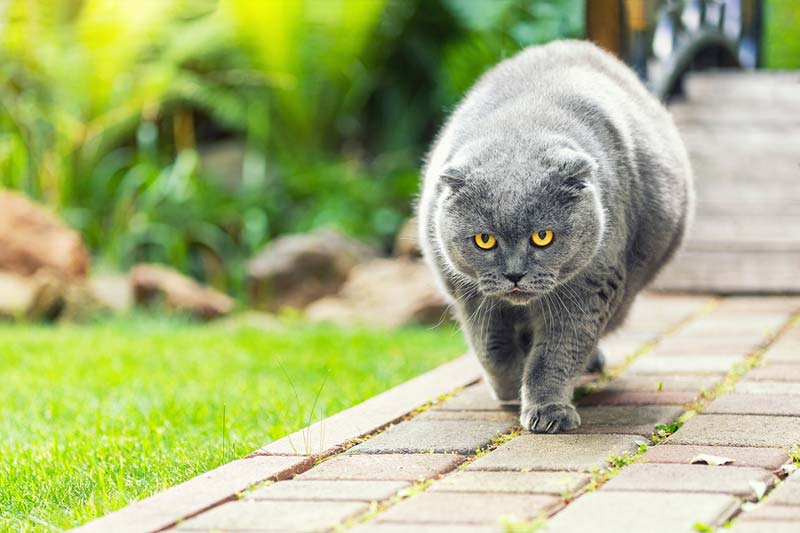 Cats are, indeed, getting chunkier.

This is according to a new study out of Canada’s Ontario Veterinary College (OVC), which analyzed the data of more than 19 million cats in North America to demonstrate the typical weight gain and loss of the animals over their lifetimes.

The findings, published in the Journal of the American Veterinary Medical Association (JAVMA), revealed cats’ weight typically climbs as they mature out the kitten phase, and continues to do so until they are, on average, eight years old.

“As humans, we know we need to strive to maintain a healthy weight, but for cats, there has not been a clear definition of what that is, as we simply didn’t have the data,” she says. “Establishing the pattern of cat weights over their lifetimes provides us with important clues about their health.”

The study, which was led by Adam Campigotto, DVM, as part of his PhD research, and coauthored by Dr. Bernardo and Zvonimir Poljak, DVM, MSc, PhD, analyzed 54 million weight measurements taken on 19 million cats at various veterinary clinics. The information was divided to see how weight differences compared based on gender, neutering status, and breed.

Male cats were found to reach higher weight peaks as compared to females; likewise, spayed or neutered felines were heavier compared to unaltered ones.

The mean weight among the most common purebred breeds (Siamese, Persian, Himalayan, and Maine coon) peaked between the age of six and 10, while common domestic cats peaked at eight years.

“We do have concerns with obesity in middle age, because we know that can lead to diseases for cats, such as diabetes, heart disease, osteoarthritis (OA), and cancer,” says Dr. Campigotto.

“Now that we have this data, we can see cat weights tend to follow a curve. We don’t yet know the ideal weight trajectory, but it’s at least a starting point to begin further studies.”

Researchers noted 52 percent of the cats in the data pool had only one body weight measurement on file, suggesting the animals were not regularly examined by a veterinarian.

“Cats tend to be overlooked because they hide their health problems and they don’t see a veterinarian as often as dogs do, so one of our goals is to understand this so we can see if there are interventions that can provide more years of healthy life to cats,” Bernardo says.

The team suggests veterinarians encourage their cat clients to purchase a scale and use it to regularly weigh their pet.

“The monitoring of body weight is an important indicator of health in both humans and animals,” Bernardo notes. “It’s a data point that is commonly collected at each medical appointment, is simple to monitor at home, and is an easy point of entry into data-driven animal wellness.”