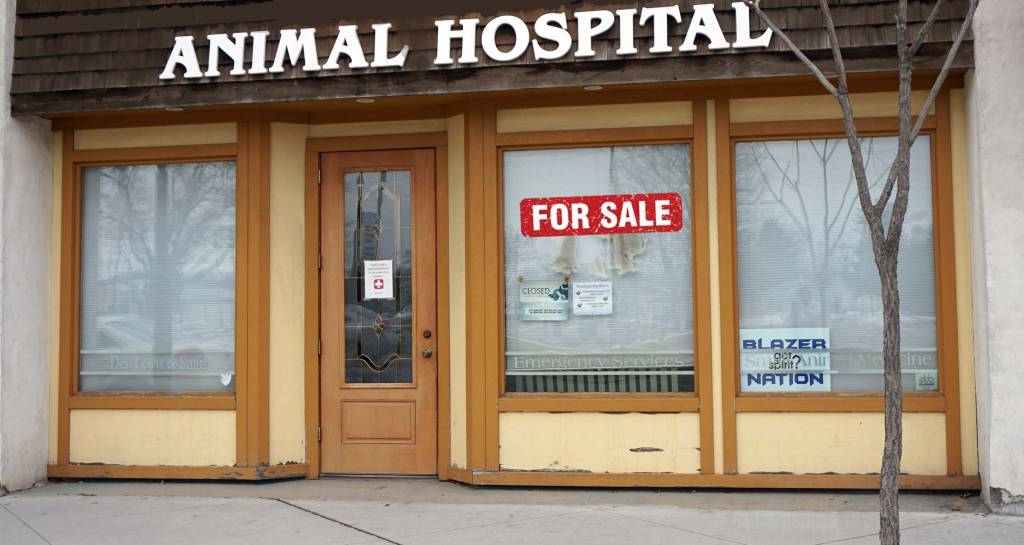 The decision to sell a practice is hard enough—and often tied with emotion. The transition can be spurred by various factors, including retirement, managerial overload, career redirection, or professional burnout, to name a few.

“When you make a plan, you have to start with the desired outcome and work backward to the present time,” writes Joseph Hruban in his new book, Where Have All the Corporate Veterinary Practice Buyers Come From? How Your Exit Strategy Attracts Highly-Qualified Buyers Paying Top Dollar for Your Practice So You Can Transition on Your Terms. “Reverse engineering the baby steps, this can be easier to say then to actually do. These ideas take time and effort to brainstorm.”

Hruban, a practice transition specialist, recommends planning up to nine years in advance when thinking about retirement. This gives plenty of time to implement any changes needed to facilitate a successful sale. It also allows for any “curve balls” life may throw at you during the planning process.

“I get calls from [veterinarians] where there’s been a health change with their spouse and they now have to re-evaluate their timeline,” Hruban said. “They thought they were three to five years out [from retirement] but now all of a sudden they need to figure out a path to exit faster.”

“If you have a planned sale—it’s not urgent like you’ve been diagnosed with a disease—then I suggest [prepping] about three years prior,” said Byron Farquer, DVM, CVA, a senior veterinary practice appraiser at Simmons & Associates Pacific Inc. in Oakdale, Calif.

The first step is to begin with a business appraisal. This lets the owner know what the practice is worth, according to Dr. Farquer. Veterinarians can improve profitability and sellability of the practice, but this takes time. For instance, any profit improvement needs to be on the books for a number of years, not just a few months, he said.

This is also around the time veterinarians should speak to a financial planner, Farquer said. One question might be, “If I sold my practice today for this much, how would it fit in with my life goals?”

An accountant can help the owner understand how taxes play a role in a sale, Farquer added. Sample questions: “If I get this much in the sale price, what am I going to owe in taxes? How much money will be left over?”

Other professionals to help with the selling process include an attorney and consultant/broker.

Fortunately, a seller today has many potential buyers, according to Brian Faulk, senior loan officer and one of the founders of Live Oak Bank in Wilmington, N.C. These include associates working at the practice, individual veterinarians outside the practice, and corporate opportunities.

The largest group of veterinarians selling their practice are those entering retirement, according to Farquer. Many of these veterinarians continue to practice after they sell.

“I often tell [veterinarians] who are emotionally struggling with the idea of selling their practice that just because you give someone your key, doesn’t mean you have to give them your stethoscope,” Farquer said.

In fact, most individual buyers prefer owners to remain working for a period of time to ensure a smooth and successful ownership/client transfer, according to Faulk.

“Many corporate buyers will also most likely seek an employment contract to successfully transfer ownership,” Faulk said. “There are a few corporate buyers that prefer co-ownership with the seller.”

Veterinarians who are close to retirement may especially want to consider co-ownership.

“If a veterinarian is under 60 and plans to work at least three more years, there is no good financial reason to sell 100 percent [of the practice],” said Rich Lester, founder and CEO of Veterinary Practice Partners (VPP). “The veterinarian would then be working for someone else who gets all the profits.”

VPP, in King of Prussia, Pa., co-owns practices with veterinarians. The company is typically the majority owner but provides a number of protections so that it can’t force decisions on the partners, according to Lester. VPP’s business model is focused on allowing partners do what they do best—practice medicine—while the company leads the business side, such as human resources and accounting, he added.

Laurel Kaddatz, DVM, is inching his way toward retirement after being in practice for about 40 years.

“I wasn’t ready to quit altogether and I wanted to make sure the practice stayed strong [when the time did come to leave],” said Dr. Kaddatz, who became owner of Pound Ridge Veterinary Center in Pound Ridge, N.Y., about 16 years ago.

In mid 2017, Kaddatz sold more than half of his practice to VPP. He said this particular exit strategy suits him best because it allows him to have a stake in the practice without having the pressures that come along with business ownership.

It is also very important, Kaddatz said, to maintain his positive relationship with clients, ensure his staff is treated well and that the practice’s level of care remains in high standards. By remaining part owner, he can help follow through on this. When it comes time to retire, Kaddatz hopes to sell his portion to an associate.

A change in ownership of any kind affects everyone in the practice. That’s why it’s so important to discuss your plans with the other veterinarians and staff, said Kevin McGinn, DVM, co-owner of Sangaree Animal Hospital of Summerville, S.C. Dr. McGinn partnered with VPP in 2011—VPP’s first practice—as part of retirement planning.

“If you don’t want to work together with someone then maybe partnership isn’t right for you,” McGinn said.

Most small businesses around the country do whatever they can to minimize their taxable events, taking any and all deductions that are reasonable and allowable, according to Hruban. Veterinarians looking to sell in the next few years, however, shouldn’t be as aggressive in their deductions to lower their bottom line for tax purposes, he said.

“It’s to your benefit to have greater taxable income when you know you’re going to be exiting in the next three years,” Hruban said.

The cash flow—or Earnings Before Interest, Taxes, Depreciation, and Amortization (EBITDA)—of an average practice is 14 percent of revenue, according to Hruban. A practice, then, with cash flow significantly higher than 14 percent is in a better position to command a premium price compared to an average practice.

“If a hospital or clinic had EBITDA of 25 percent, that would put the practice within the top 20 percent of all veterinary practices in the country.” Hruban said.

It’s currently a seller’s market, according to Lester.

“The market is robust and purchase prices are high,” he said. “Clinics sold for five to six times profit EBITDA in 2010-2013 and the multiples are now six to nine times EBITDA.”

The work that goes into prepping such sales is extensive, and maybe even overwhelming, so don’t let something like organizational skills negatively impact a potential sale.

“Have all your financial information organized and in good shape so when a buyer asks for the info it is easy to provide,” Lester said. “Being organized sends a strong message to buyers.”