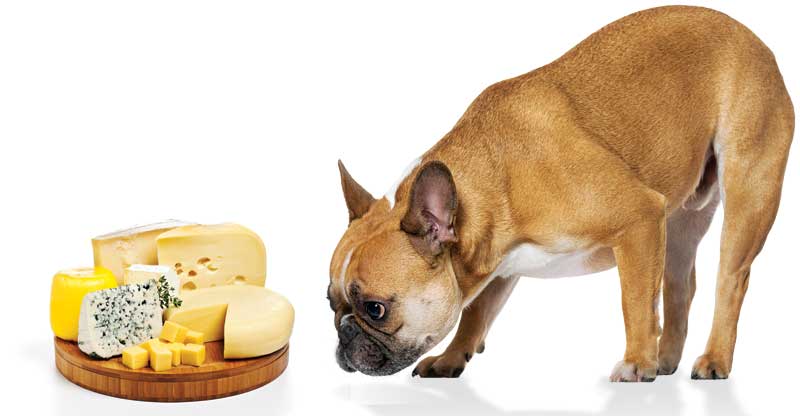 Nutritional therapies and dietary fads for humans often find their way into veterinary medicine. Sometimes, there is a plausible physiologic rationale or encouraging lab animal research to justify testing specific dietary interventions in dogs and cats, and that such interventions may eventually demonstrate meaningful clinical benefits. Dietary interventions for renal disease and urolithiasis, for example, are supported by both preclinical and clinical trial data.

Unfortunately, it is common for dietary practices in humans to become popular in veterinary patients, even when there is little real evidence to support them or when physiologic differences between humans and companion animals make extrapolations from human nutrition science unreliable. The popularity of grain-free dog foods, for example, is likely explained at least in part by a cultural obsession with the supposed dangers of gluten, despite a lack of evidence to support most of these fears. This now appears to have led to real harm for some dogs who have developed diet-associated cardiomyopathy on these foods.1

What is a ketogenic diet?

Ketosis is a physiologic state in which metabolism of carbohydrates is reduced and metabolism of fatty acids is increased, producing elevated levels of ketones, such as acetoacetate and β-hydroxybutyrate (βOHB). Ketogenic diets induce a state of ketosis, and they are typically high in fat, low in carbohydrates, and calorie-restricted. Ketosis is readily induced in humans by high-fat diets and even short periods of calorie restriction.

Dogs metabolize ketones much more rapidly than humans. It is difficult to induce a state of ketosis with high-fat diets, and much more prolonged periods of caloric restriction are required. However, ketosis can be induced in dogs using dietary fats that are high in certain medium-chain triglycerides (MCTs).6-8

How does it work?

There are many theories about how ketosis might impact specific health problems in a beneficial way. Ketogenic diets are obviously useful in weight loss because they are calorie-restricted, but there also is some evidence they may suppress appetite more than other kinds of low-calorie diets.9

Ketosis may be neuroprotective due to specific effects of ketones on neurons. There is some evidence that ketone bodies have direct anticonvulsant activity, and the alterations in neuronal metabolism and neurotransmitter function in ketosis also may be beneficial in some conditions. There are even several hypotheses the effect of ketosis on neurons may be mediated by changes in the gut microbiome induced by ketogenic diets. However, there is no clearly proven or widely accepted mechanism for the neuroprotective effects of ketones.10

It has been known since the 1920s that many cancer cells rely preferentially on glycolysis for energy, which has led to speculation ketosis may be beneficial in slowing cancer growth or metastasis.11

What is the evidence for benefits?

There have been extensive in vitro and animal model studies of ketogenic diets predominantly intended to evaluate their utility in treating epilepsy and cancer. Not surprisingly, such studies have shown variable results for different diets, indications, and specific animal models. Overall, however, there is reasonable evidence to suggest ketogenic diets could be useful in treatment of epilepsy, neurodegenerative disorders, and some cancers.10-12

The clinical trial literature in humans based on this preclinical work has been encouraging for some conditions, though it is rarely clear and conclusive. Systematic reviews of studies evaluating ketogenic diets as a therapy for refractory epilepsy in children do show evidence of efficacy in some patients.13-15 The most recent Cochrane review reports “promising results for the use of [ketogenic diets] in epilepsy. However, the limited number of studies, small sample sizes, and the limited studies in adults, resulted in a low to very low overall quality of evidence.”13 Unfortunately, despite some evidence of benefits in seizure control, long-term compliance with ketogenic dietary therapy is often very poor due to inconsistent efficacy and significant adverse effects.13,16

There is less evidence to support claims that ketogenic diets have meaningful benefits in human cancer patients. Though there are promising initial results in studies evaluating ketogenic diets for adjunctive treatment of malignant glioma, “because of the paucity of clinical data, the efficacy of [ketogenic diets] for improving survival and quality of life of glioma patients remains to be proven.”17 In terms of other cancers, “evidence supporting the effects of isocaloric ketogenic dietary regimes on tumor development and progression as well as reduction in side effects of cancer therapy is missing… [More] robust and consistent clinical evidence is necessary before [ketogenic diets] can be recommended for any single cancer diagnosis or as an adjunct therapy.”18

The evidence base is, as always, far more limited in veterinary patients. There are no published clinical studies evaluating therapeutic ketogenic diets in cats. There are a couple of studies evaluating diets high in MCTs in dogs. One study in dogs with epilepsy found the test diet did induce higher levels of βOHB than the control diet; however, there was no difference in seizure frequency between the groups.4 In both the test and control groups, 30 percent of the dogs showed a >/= 50 percent decrease in seizure frequency, which is consistent with the results of other studies for dogs receiving placebo.4,19

In another study, there was a statistically significant difference in the seizure frequency between dogs eating an MCT-rich diet compared with a control diet, though the mean difference was 0.36 seizures per month, which may not be clinically meaningful. Other measures of seizure frequency also differed between the diets, but the effect seemed inconsistent among individuals. While three of 21 dogs had complete cessation of seizures and seven of 21 had a >/= 50 percent reduction in seizure frequency, six of 21 actually had an increase in seizures on the test diet.5

You May Also Like  Taking the fear out of inventory budgets

One study has reported improvements in cognitive function testing for aged lab beagles on a ketogenic diet, but there are no studies evaluating impact on function or quality of life in dogs with naturally occurring cognitive dysfunction.20 There also are no published clinical trials evaluating ketogenic diets as treatments for cancer in dogs.

What are the risks?

In humans, long-term compliance with ketogenic diets is often poor due to a combination of lack of efficacy in some individuals, poor palatability, and adverse effects. Gastrointestinal symptoms, pancreatitis, nutritional deficiencies and deficiency diseases, cardiac disease, urolithiasis, and other adverse effects have been reported in humans on therapeutic ketogenic diets.13,16,18,21-24 The safety of these diets in veterinary patients is unclear due to a lack of relevant research evidence.

Ketogenic diets have been shown to reduce seizures in some human patients with epilepsy. There is preliminary evidence such diets may be beneficial in slowing progression of some kinds of cancer, but there are no clear or reliable clinical trial results demonstrating this. There are clear risks to ketogenic diets in humans that limit their use, and long-term compliance is very poor.

There is no compelling research evidence in dogs or cats showing a clinical benefit to ketogenic diets. Despite the dramatic anecdotal claims made by some proponents of these diets, there is currently insufficient evidence to support recommending therapeutic ketogenic diets in companion animals.

You May Also Like  Stem cell therapies – leaping before looking?
1
Sponsored