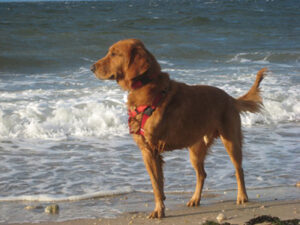 Morris Animal Foundation (MAF) has awarded a $775,000 grant to the University of Pennsylvania to test a vaccine that could improve longevity and quality of life for dogs with osteosarcoma. The research team will conduct clinical trials to evaluate a novel immunotherapy treatment that combines a molecule expressed by cancer cells with a modified live form of Listeria monocytogenes.

A pilot study demonstrated this combination elicited a powerful, targeted immune response directed against osteosarcoma cells in patients suffering from this type of cancer.

“This could be an incredible breakthrough in the fight against osteosarcoma, a highly aggressive and deadly cancer,” said Kelly Diehl, DVM, DACVIM (SAIM), senior scientific programs and communications adviser at MAF. “For the last 50 years, Morris Animal Foundation has been funding cancer studies, and this is one of the largest, single grants we have ever awarded. The results of the pilot study were so compelling, that we knew we had to support this research team and their progression to a clinical trial.”

The vaccine, created by removing harmful genes from the Listeria bacteria and then attaching markers of osteosarcoma cells, supplements standard osteosarcoma treatment of amputation and chemotherapy by attacking cancer cells that have spread to other organs, according to MAF.

“We know that the traditional standard-of-care treatments we use for osteosarcoma are not effective at eliminating all tumor cells because … the majority of dogs still die from metastatic disease,” said Nicola Mason, Ph.D., BVetMed, associate professor of medicine at the University of Pennsylvania School of Veterinary Medicine. “This immunotherapeutic approach is very promising, as it induces a patient’s own immune system to combat cancer cells, wherever they may be, from within.”

In a pilot study with 18 dogs, those that received the vaccine lived more than twice as long as the historical, matched, control group, with median survival times of 956 days compared to 423 days. The trial, funded by MAF and performed through the Comparative Oncology Trials Consortium at the National Institutes of Health, will evaluate this immunotherapy in 80 dogs at 11 of the top university-based veterinary centers across the U.S.

This study is the most recent in a series of osteosarcoma research projects funded by MAF following the launch of an osteosarcoma initiative by the foundation in 2015 to fight metastatic disease in osteosarcoma.

Other osteosarcoma research projects funded by MAF include: