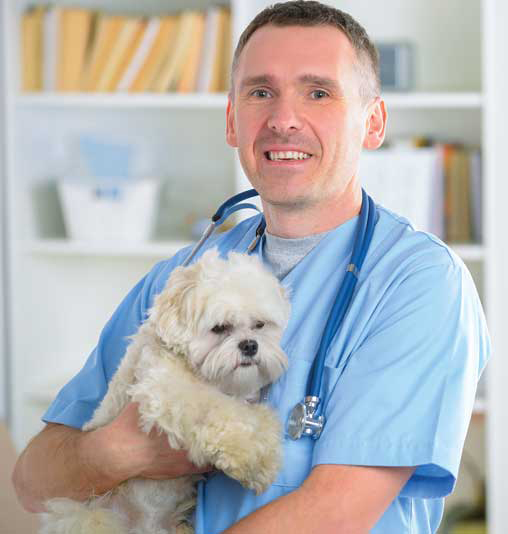 Veterinarians often use a single antidepressant drug to manage anxiety or behavior disorders in dogs and cats. However, the recommended dose may not produce an adequate response in a particular patient. This raises the question: Should you increase the dose or combine two drugs, such as trazodone and fluoxetine? If so, at what doses? Many antidepressant drugs increase serotonin (5-hydroxytryptamine [5-HT]), which can lead to serotonin syndrome (SS), a condition that can be life-threatening and cause death.

It is important to remember many factors affect drug dosage and drug response, including those related to the drug (e.g. the route of administration, timing of administration, or drug-drug interactions), to the patient (e.g. breed, age, sex, temperament, tolerance, genetic makeup), and to the environment (e.g. physical exercise and ambient temperature). Moreover, the concept of “individualized medicine” needs to be emphasized when treating anxiety or behavior disorders. While one animal may tolerate a drug at a certain dose, another may show severe clinical signs or die. Recent research conducted by the author and Sean Callanan, MVB, MRCVS, CERTVR, PhD, DIPECVP, FRCPATH, dean of Ross University School of Veterinary Medicine (RUSVM), has found that certain environmental factors, such as exercise and high ambient temperature, can intensify serotonin syndrome from mild to severe (Tao, et al.1,2).

Several drugs, dietary and herbal supplements, vitamins and minerals, as well as foods, can increase 5-HT in the body of humans and animals. The most common are:

Other antidepressant drugs, including trazodone (which is a serotonin antagonist reuptake inhibitor [SARI]) and atypical antipsychotic drugs used for treatment of schizophrenia in humans (e.g. clozapine), also increase 5-HT levels. Illicit and recreational drugs (e.g. Ecstasy and methamphetamine) elevate 5-HT in the brain. Antimigraine drugs, such as sumatriptan, increase 5-HT. Some pain medications, including fentanyl, meperidine, pentazocine, and tramadol, also increase 5-HT. Other drugs, such as dextromethorphan, can elevate the level of 5-HT.

You May Also Like  Test your veterinary knowledge with our February Brain Teaser!

Dietary and herbal supplements that increase 5-HT include:

Garcinia cambogia is a popular weight-loss supplement that acts to suppress appetite by increasing serotonin levels and improving mood, while Rhodiola rosea is used to boost physical and mental activities, and increase resistance to stress. Vitamins and minerals that are involved in 5-HT synthesis include vitamin B6 (pyridoxine), vitamin B9 (folic acid), vitamin B12, magnesium, and zinc. Foods high in the amino acid, tryptophan, which is a precursor of serotonin, include salmon, poultry, eggs, milk, spinach, seeds, nuts, and soy products.

Causes and symptoms of serotonin syndrome in dogs and cats

In general, serotonin syndrome in dogs and cats is caused primarily by the animal receiving either a single agent in large doses or a combination of antidepressant serotoninergic drugs. Other cases of SS can arise from accidental ingestion of the following:

Serotonergic dietary and herbal supplements or environment (high ambient temperature and exercise) may also synergize the serotonergic effects of antidepressant drugs or their combinations. Overdose with mirtazapine, which is an antidepressant drug that is primarily used as an appetite stimulant and antiemetic in cats and dogs, also may cause serotonin syndrome.

Symptoms of serotonin syndrome depend on the severity of the condition and include:

Serotonin is a neurotransmitter in the central nervous system of humans and animals that plays a role in regulating pain sensation, behavior, and body temperature. It is also a hormone released peripherally that plays a role in platelet aggregation, gastrointestinal, cardiovascular, and respiratory functions. 5-HT is synthesized from tryptophan, and stored in vesicles at the terminals of serotonergic neurons. After its release, it acts on 15 subtypes of 5-HT receptors and undergoes reuptake through serotonin transporter (SERT). Low serotonin levels in the brain can cause depression, while high levels may result in SS.

You May Also Like  Risks and treatments surrounding cancer

Elevation of 5-HT in the brain is the primary cause of serotonin syndrome, which can be induced when extracellular 5-HT is 10 times higher than the baseline (Tao et al.1,2). The condition can be mild or severe. The former can be self-resolving, while the latter can be life-threatening and require emergency treatment.

Caused by high doses of a single serotonergic drug or drug-drug interactions, increased 5-HT in the brain usually results in mild serotonin syndrome, while environmental factors (such as physical exercise or high ambient temperature) intensify the condition from mild to severe. There are no specific diagnostic tests—diagnosis depends mainly on history and clinical signs.

Patients with severe serotonin syndrome need to be hospitalized for treatment and monitoring. Life support and symptomatic treatment should be provided. Decontamination for drug overdose and accidental exposure within two hours by inducing vomiting or gastric lavage should be performed. Administering intravenous fluids is recommended to enhance elimination of drugs, to support cardiovascular function, and to lower body temperature in cases of hyperthermia. In severe cases, cyproheptadine (which is a nonselective 5-HT antagonist) can be used to counteract the effects of elevated 5-HT.

Ibrahim M. Shokry, BVSc, MVSc, PhD, has been a professor of pharmacology and toxicology at Ross University School of Veterinary Medicine (RUSVM) for more than 30 years. He developed the Toxic Plant Garden, the Toxic Plant Museum, and the Toxic Plant website at RUSVM. Dr. Shokry has been doing research in the field of neuropsychopharmacology, including serotonin syndrome, for several years. He can be reached by email at ishokry@rossvet.edu.kn.

You May Also Like  Teaching owners about pain in pets: A technician’s guide

2 thoughts on “Preventing serotonin syndrome: Factors you need to know”