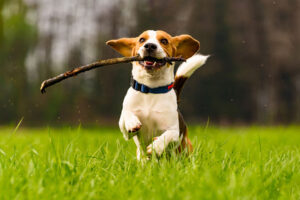 Pet insurance claims for cannabidiol (CBD) and hemp products increased by 300 percent between 2017 and 2018.

This is according to Trupanion, which says it has seen a large increase in submitted claims relating to CBD products over the past six years.

The insurance company found more than 20 percent of Americans were living in states where recreational marijuana use was legal by 2017. This is up from five percent before California, Massachusetts, and Nevada were added to the list of states where it’s legal.

Based on Trupanion’s data, the U.S. states with the most claims for CBD are:
1) Washington
2) New Jersey
3) Florida
4) New York

There is an abundance of anecdotal evidence supporting the benefits of CBD and hemp products to pets, but little formal research.

Tetrahydrocannabinol (THC) is toxic to pets, causing balance problems, irregular heartbeat, incontinence, or worse. Inhalation by second-hand smoke can be dangerous too, as well as edible forms of THC.

The top conditions pet owners use CBD or hemp for their pets are seizures, musculoskeletal issues, such as arthritis and hip dysplasia, cancer, and behavioral issues, like anxiety.