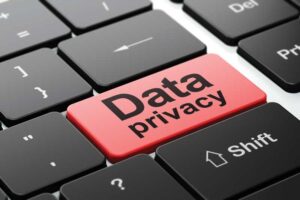 It’s not just Facebook and Google. It’s also Big Veterinary Supplier, Inc. What do I mean by that? Data is a huge source of income for all three. So much so, they’re making use of private information we diligently collect and, in some cases, they’re using it to compete directly against us.

Veterinarians are not immune

As our industry becomes increasingly consolidated, it’s also adopting some of the habits with which other industries are plagued. In the case of data mining, it seems they’re getting more aggressive about it, and seemingly less likely to back down when confronted with evidence of their transgressions.

Here’s a recent example of what happened at my clinic:

Until recently, I was the reluctant user of a large-scale online pharmacy, which was integrated into my clinic’s website. In return for a small commission, I’d send my clients to this site when they expressed interest in buying products or medications online.

To be clear, I knew the Faustian bargain I was entering into: My clients were theirs to contact and do business with for as long as I said it was OK. My reasoning was that I’d be losing out on these sales anyway. I might as well make something off them. Plus, it promised to streamline the authorization process, which would, ostensibly, save my staff time.

Unfortunately, my earnings were not what I expected. When I started doing the math, it became clear the products my clients were buying online were the ones with the slimmest margins—teensy to the point of minuscule, in fact. Moreover, the pharmacy was targeting all my clients and I was losing out on in-house sales. This was my first insight into the one-sidedness of our relationship, data-wise.

So I called the pharmacy and asked them to stop marketing directly to my clients. They said they’d stop. They didn’t. Second red flag.

Then I happened to read something that made my blood freeze: “My” online pharmacy was merging with another veterinary company. Though I’d already had my hackles up about this merger, I hadn’t properly considered its many ramifications.

Turns out this union would effectively mean all my clients’ details would be exposed. Not only their names and email addresses, but all client transactions would be this new company’s to scrutinize. My inventory data, marketing expenses, and pricing strategies, too, among other private details. I didn’t sign up for that… did I?

Turns out I did just that when I signed this year’s new terms of agreement on my software. (Who has time to read those?) It spells out the extent to which this and other large-scale veterinary companies are starting to make use of our clients’ data. They reserve the right to pore over our software’s data and make use of it any way they decide.

It’s enough to shock any veterinarian, not just those who worry over privacy issues (which I normally don’t).

I know I should have known better, but still. Here’s the thing: I know I’m getting charged big bucks for the blades when I buy a razor. I know I get longer commercials if I don’t pay for my TV shows. I get it. What I can’t abide is the dearth of transparency.

In case you’re not paying attention to the news, that’s exactly why Facebook is currently under the congressional microscope. Hiding behind lengthy user agreements, the social media platform is using our data in potentially unsavory ways and we’re not getting the straight story. This obfuscation is what our culture is currently rebelling against. And rightfully so.

The need for transparency

I want those who I do business with to be authentic and transparent. In other words: I should be clearly informed about my clients’ exposure, and not just in the fine print. I should be allowed to make decisions about the data I own. And if I decide to let a third party use it, I should get a cut, whether it’s in the form of a check or a discount code or a break on my annual service fee, I really don’t care that much… as long as I think it’s a fair trade. But I won’t be giving up my client data to a de facto competitor without being compensated for it.

Now, I know the use of data by third parties doesn’t necessarily include their names and digits. I understand my clients’ private identities aren’t necessarily exposed. What’s more, I get they, and I, are potentially getting something good from their participation. Nevertheless, it’s my data and they can’t have it for nothing just because they have access to it.

So what did I do with my pharmacy? I broke it off. Though they gave me a hard time about it and are still confusing my clients with occasional unsolicited emails, we’re in the process. I’m also breaking up with my software company and generally limiting my spending with the company in question. On principle, you know? Because some relationships are just not worth it.

The future of big veterinary data

This anecdote is but one example of what can happen when big data and big veterinary converge. Indeed, the opportunities for misuse and abuse are growing as industry consolidation meets digital integration.

Indeed, veterinarians need to push back hard enough to force industry to innovate through real partnerships. Perhaps then they’ll learn that wresting data from veterinarians through aggressive tactics will not endear their products and services to us. As I’ve learned by switching, they’re not indispensable.