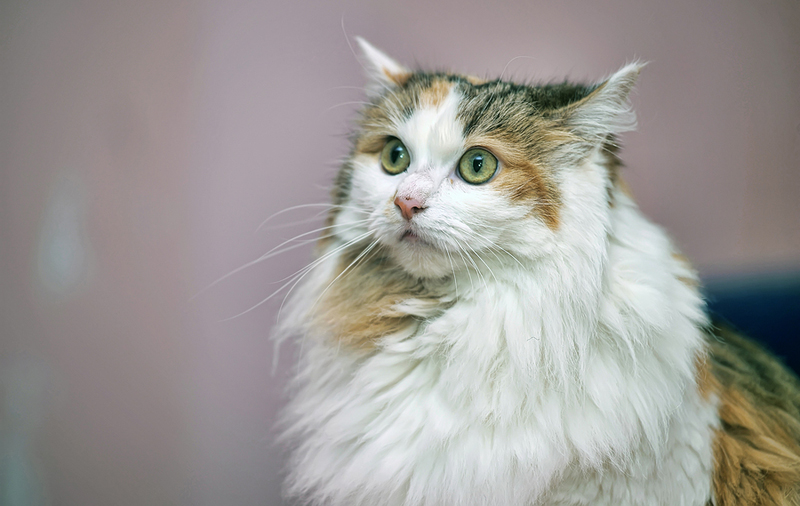 When it comes to managing hunger, some cats might benefit from indulging all at once rather than multiple times per day.

This is according to new research out of Canada. A team of animal nutrition specialists from the University of Guelph’s (U of G’s) Ontario Veterinary College (OVC) and Ontario Agricultural College (OAC) have found that feeding cats one substantial meal per day, rather than several smaller ones, can help control their hunger as well as reduce the risk of obesity.

Researchers conducted a study using a controlled group of eight healthy-weight, indoor cats under the age of five.

Two feeding regimes were arranged, each consisting of the same diet and amount of food. Half the cats were fed only in the morning, while the others were fed in four smaller meals throughout the day.

The cats, U of G says, were equipped with activity monitors to measure their voluntary physical activity. Additionally, the animals’ food intake was recorded daily and their body weight was noted weekly. Researchers also measured cat metabolism through breath and blood.

The findings showed high physical activity in the cats fed multiple times a day, but similar overall energy expenditure between the two groups. No weight difference was observed.

However, researchers note, the felines who ate once daily showed higher post-meal levels of three key appetite-regulating hormones, demonstrating they were more satisfied with their food intake.

This suggests a reduction of feeding frequency could better control feline appetite, leading to less food-begging behavior, consequent overeating, and instances of obesity.

“These findings may surprise the veterinary community and many cat owners who have been told their animals need several small meals a day,” says the study’s coauthor, Adronie Verbrugghe, DVM, PhD, Dip. ECVCN. “But these results suggest there are benefits to this approach.”

“This approach is really yet another tool in a veterinarian’s or a cat owner’s toolbox for managing a cat’s weight and keeping their animals healthy and happy,” she says. “But we always have to look at each individual animal and account for the cat’s and owner’s lifestyle. So, although this approach might be helpful to promote satiety in some cats, it might not help another.”

The research, which was funded with support from the Winn Feline Foundation and Simmons Pet Food, has been published in PLOS One. It was also coauthored by Anna Kate Shoveller, PhD. Find it online here.