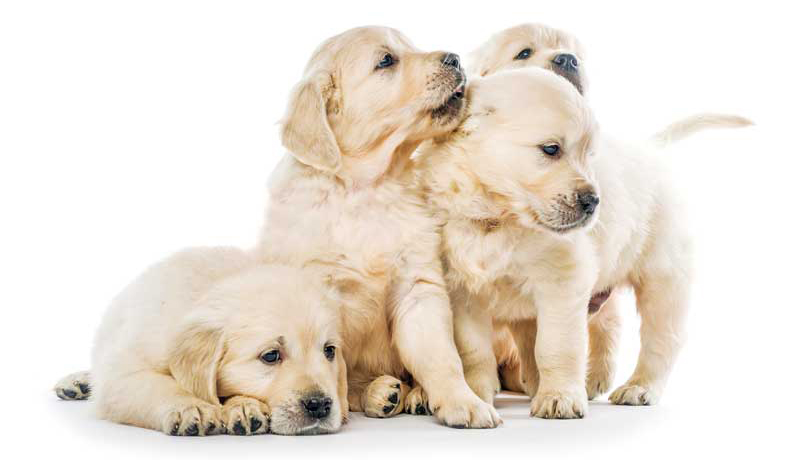 A frequently asked question small animal general practitioners often discuss with their clients is if and when pets should be neutered. Despite a very large body of relevant research evidence, there is still no definitive, universally accepted answer. This illustrates a key aspect of evidence-based medicine—even with abundant evidence, our recommendations are probabilistic and provisional. We can discuss the risks and benefits of different courses of action, informed by population research. We can offer guidance based on the current best evidence, and our recommendations will necessarily change over time as the data evolves. However, we will never be able to provide absolute predictions of specific health outcomes for individual patients.

It is natural to find this frustrating, but it is more productive to use this subject as an opportunity to shape our expectations, and those of our clients, regarding medical decision-making. All medical decisions are a matter of balancing risks and benefits within the limits of the uncertainty in the evidence and all other factors (e.g. client resources and goals, clinician expertise, available tools, etc.). Absolute recommendations are rarely honest or reliable, and our clients should learn to expect nuanced conversations about the pros and cons of their options. This doesn’t mean we have no useful guidance to offer or that all options are equally appropriate. It simply means we have to do the work of understanding the evidence and its limits, and communicating this effectively to our clients.

As an illustration of this, I will review in this article the evidence regarding the age at which dogs should be neutered (leaving the question of whether they should be for another time).

Health effects of age at neutering

For decades, the traditional age for neutering dogs and cats in the U.S. has been six to nine months. There is no robust scientific basis for choosing this age, and it has been suggested the practice arose in the first half of the 20th century1 as a response to anesthetic mortality in younger animals. Anesthetic procedures in veterinary medicine have evolved since that time; it has since been demonstrated that not only is the procedure safe in puppies and kittens seven to 12 weeks of age, but these younger patients actually recover faster and have fewer complications than those neutered at the traditional age.2-4

Both prospective and retrospective studies have investigated the potential effects of neutering at various ages. Some have followed puppies and kittens from a few weeks up to three years after neutering and compared health and behavior outcomes in those neutered at the traditional age and earlier.2,4-6 Differences did appear in a few of the numerous outcomes evaluated, but overall neutering at the traditional age and earlier were roughly equivalent in terms of health effects.

Other retrospective studies have compared dogs and cats neutered before and after the age of five-and-a-half months base.7,8 Numerous behavioral and medical outcomes were compared, and there were differences in a handful of these, but no clear overall health advantage to neutering before or after five-and-a-half months.

More recently, concerns have focused less on the risks of neutering earlier than the traditional age, but the potential benefits of neutering later or not at all. The few systematic reviews of the existing studies have found significant limitations to the published studies, and even seemingly uncontroversial associations have been difficult to demonstrate conclusively.

For example, while it is widely believed neutering female dogs reduces the risk of mammary cancer and increases the risk of urinary incontinence, and that these effects are stronger the earlier the dog is neutered, systematic reviews have found limited evidence and drawn only tentative conclusions on these issues.9,10 This illustrates another aspect of evidence-based veterinary medicine, which is that our confidence in even well-established phenomena must be limited in the face of scant, mixed, or methodologically questionable research evidence.

One research group has published a number of retrospective studies examining associations between specific health outcomes (e.g. cancer, urinary incontinence, and orthopedic disease) and neutering with a more detailed categorization of ages at neutering.11-13 These studies have so far been limited to a few breeds: golden retrievers, Labrador retrievers, and German shepherds. This research has been widely reported and discussed, and it has had a pronounced impact on the thinking of veterinarians and dog owners. The general impression many have taken from these studies is that it may be better to neuter later than the traditional age or, perhaps, not at all.

The studies themselves, however, are an excellent illustration of the complexity of biology and the need for nuanced and flexible application of research to clinical practice. While there have been some frequent associations between age at neutering and risk of cancer and orthopedic disease, the evidence is not entirely consistent. There is great variation between males and females and between different breeds. Findings in golden retrievers may not even hold for closely related breeds, such as Labrador retrievers, much less for more distantly related breeds.

The research group behind these seminal studies has announced upcoming publication of a much larger retrospective data analysis that includes 32 additional breeds.14 This data illustrates the dangers of broad generalizations from limited studies. According to the authors, “Considering the occurrence of joint disorders… it is evident that vulnerability to  early neutering is related to body size,”14 with purebred and mixed small-breed dogs not showing the increased risk with early neutering previously reported in larger breeds.

What to tell clients

The most important conclusion to be drawn from the research concerning health effects of neutering at various ages is that the only appropriate response to a client’s question, “When should I neuter?” is “It depends.” There may be advantages to both early and delayed neutering, as well as to not neutering at all, and these will vary with sex, age, and breed. It is probably a fair generalization that delaying neutering in large-breed dogs until full growth (one to two years of age, depending on the breed) may have some health advantages, especially in females. It may even be appropriate not to neuter male large-breed dogs at all, at least from the perspective of the impact on the risk of common health conditions. In smaller breeds, there seems to be less compelling reason for delaying neutering beyond the rather arbitrary traditional age.

However, there is also the potential for increased health risks with every choice. Delaying neutering or leaving animals intact will raise some risks while reducing others, and the optimal outcome for any individual will never be predictable. Additionally, many factors other than neuter status are involved in the development of all health conditions, and the specific age at which an animal is neutered, if at all, does not guarantee that individual will or will not experience any particular health problem. Like most medical interventions, neutering is one of many factors interacting in a complex and imperfectly predictable way to influence health. Part of guiding clients in making informed decisions is discouraging them from placing excessive importance on this single factor.

One thought on “Early or delayed neutering? What to tell clients”