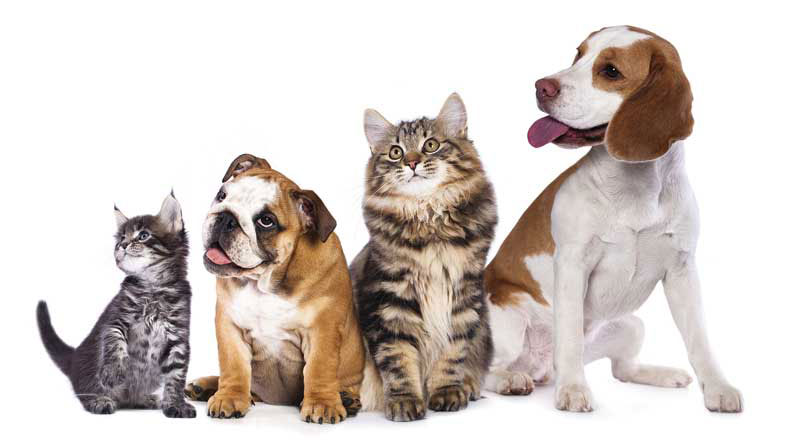 A perennial subject of debate and controversy in veterinary medicine is the age at which dogs and cats should be neutered, or even if they should be neutered at all. I looked at the evidence concerning this question in the April 2020 issue (bit.ly/31XxGF8), and concluded there is no simple, universal rule to be followed:

The most important conclusion to be drawn from the research concerning health effects of neutering at various ages is that the only appropriate response to a client’s question, “When should I neuter?” is, “It depends.” There may be advantages to both early and delayed neutering, as well as to not neutering at all, and these will vary with sex, age, and breed. It is probably a fair generalization that delaying neutering in large-breed dogs until full growth (one to two years of age, depending on the breed) may have some health advantages, especially in females. It may even be appropriate not to neuter male large-breed dogs at all, at least from the perspective of the impact on the risk of common health conditions. In smaller breeds, there seems to be less compelling reason for delaying neutering beyond the rather arbitrary traditional age.

However, there is also the potential for increased health risks with every choice. Delaying neutering or leaving animals intact will raise some risks while reducing others, and the optimal outcome for any individual will never be predictable.1

One major study of the health effects of neutering has since been published that purports to help veterinarians individualize neutering recommendations for dogs based on the patient’s breed and sex.2 This study adds valuable information to this complex subject. It also contains significant limitations that need to be considered when integrating this evidence into specific recommendations. Though the authors have created a convenient table with suggested neutering recommendations for particular breeds, there are numerous caveats, and it would be a mistake to follow these guidelines uncritically.

The study involved looking back at the medical records of dogs seen at the University of California at Davis (UC Davis) Veterinary Teaching Hospital. Dogs from 35 breeds participated, and the occurrence of specific medical conditions thought to be influenced by neutering were identified. These included joint disorders (i.e. hip dysplasia, elbow dysplasia, and cranial cruciate ligament [CCL] rupture), certain cancers (i.e. mast cell disease, lymphoma, osteosarcoma, hemangiosarcoma, and mammary cancer in females), and miscellaneous disorders such as urinary incontinence and pyometra in females and intervertebral disk disease in dachshunds and corgis.

The ages at which subjects were neutered were grouped into categories:

The term “early neutering” was defined as neutering before 12 months of age. Different breeds were analyzed independently, though the authors do make some general comments about differences between small, large, and giant breeds.

Statistical analyses were done to compare the occurrence of the medical conditions of interest between males and females, intact and neutered dogs, and dogs neutered at different ages. If statistically significant differences were found, or if there were differences the authors felt might have reached significance with a larger sample, the authors used these to inform recommendations about whether to neuter male and female dogs of each breed studied, and at what age to neuter. These are summarized in Table 1 and discussed in more detail in the published paper.

In general, the findings suggest most small-breed dogs have little risk of joint disorders, and that neutering does not affect this regardless of the age at which it is performed. Cancer risk is also low in most small breeds, and typically not affected by neutering, though there are a few specific breeds that are exceptions (e.g. the Shih Tzu).

For larger breeds, there did seem to be an increase in joint disorders and cancers with neutering, and a greater effect of neutering at a younger age. However, this finding was not consistent between breeds or between sexes within a breed. Even closely related breeds, such as golden retrievers and Labrador retrievers, showed different patterns, which suggests the role of genetics may often swamp the effects of neutering.

While this is a useful and interesting study, it includes significant limitations that prohibit confidently generalizing these data to make universal neutering recommendations. The study population was that of an academic referral hospital, and it likely differs in many ways from dogs presenting in general practice. The breeds, the husbandry practices and resources of owners, the general medical care received, and many other factors differ between dogs seen in primary care practice and at the university, and these differences likely impact disease risk. The study population was also limited geographically, and it excluded many breeds and mixed-breed dogs, so the applicability of the findings to other populations is unclear.

Limits to the study

The conditions selected for study were considered most relevant to the health effects of neutering, but many other health conditions were not included that might also be affected. If conditions not evaluated turn out to be more or less common based on neuter status or age at neutering, the specific balance between risks and benefits of neutering and the recommendations we should make for individual dogs might well be different than those in this study.

The authors also only evaluated dogs up to eight years of age. Many of the conditions studied—including joint disorders and cancer—increase in frequency with age, and as dogs from many of the breeds studied routinely live into their mid- or late teens, the occurrence of much relevant disease was likely missed in this study. Whether the effects of neutering on these diseases would appear different if older subjects were studied is unknown. Furthermore, one of the most important variables of interest to veterinarians and pet owners is lifespan, and this was not evaluated in this study. There is evidence neutered animals may live longer than those left intact.3–11 Even if the incidence of some diseases, such as cancer or joint disorders, is increased following neutering, if overall longevity is greater, this would obviously influence the decision-making of owners regarding neutering.

The approach this study takes, looking at the relative risks and benefits of neutering in the context of breed, sex, and age at neutering, is absolutely the correct one to making individualized, evidence-based recommendations. However, the strength of the data behind the specific recommendations offered in the paper is still low, and additional studies with different populations and from research teams with different perspectives, will be needed to improve the strength of evidence and of the recommendations we give to clients. There will, of course, always be residual uncertainty, and the precise health outcome for any individual patient can never be predicted. We must understand and communicate this to our clients as part of our neutering recommendations.