One of the most common emergency conditions managed in general veterinary practice is urinary tract obstruction (UTO) in cats. Despite this, there is controversy about many aspects of UTO management, and even widely accepted practices are often based on limited or poor-quality evidence.1,2

The annual incidence of UTO is reported between 0.5 percent and 1.5 percent, and it is most commonly seen in middle-aged cats, with males being the overwhelming majority of UTO patients.3

The proximate causes are most often crystalline uretheral plugs and uroliths, though obstruction may also be functional rather than mechanical in some cases.1 The ultimate cause is less clear. Feline idiopathic cystitis (FIC) appears to be a factor in many UTO cases, but the etiology and pathogenesis of this syndrome are still not completely understood.4,5

Several articles have reviewed the evidence for common UTO treatments.1,2,5 There is no clearly optimal standard of care, and management varies with owner constraints and the resources and preferences of individual veterinarians. Nevertheless, evidence-based medicine encourages us to make decisions based on the basis of the best evidence we have, not the perfect evidence we wish we had. This involves setting a level of confidence in our conclusions and being prepared to change them as changes in the evidence warrant.

The purpose of this article is to provide a quick review of current evidence concerning some common UTO treatments about which there is some uncertainty or controversy.

Imaging, with radiographs or ultrasound, is often recommended as a component of UTO management due to the common presence of urolithiasis. One study, however, reported only 27 percent of UTO patients were imaged, suggesting this step may often be skipped in general practice settings.3

This same study reported 10 percent of cats imaged had urolithiasis, and other studies have reported findings of uroliths in 30 to 50 percent of UTO cases. This suggests many uroliths will be undetected if UTO is treated without imaging, potentially resulting in poorer treatment outcomes.

This approach is not suitable for cats with severe illness secondary to UTO, and success rates are lower than typically reported for treatment with catheterization, but the treatment was successful for the majority of cats in one study and should be considered as part of the spectrum of care options.8,9 Catheterization, when performed, is successful in the vast majority of cats with UTO.3

For those patients treated by urethral catheterization, clinicians must choose whether to perform this procedure with the patient conscious, under sedation, or under general anesthesia. One study in the U.K.3 found only 3.6 percent of vets attempted catheterization in conscious cats.

The remainder were divided about evenly between sedation (~43 percent) and general anesthesia (~45 percent). It is worth noting only 1.9 percent of sedated cats were subsequently converted to general anesthesia, suggesting that sedation is likely sufficient in most cases.

There are theoretical arguments in favor of both larger urinary catheters (less likely to become obstructed or dislodged) and smaller catheters (less irritating to the urethra). Unfortunately, however, the limited research evidence on the question of catheter size is conflicting. 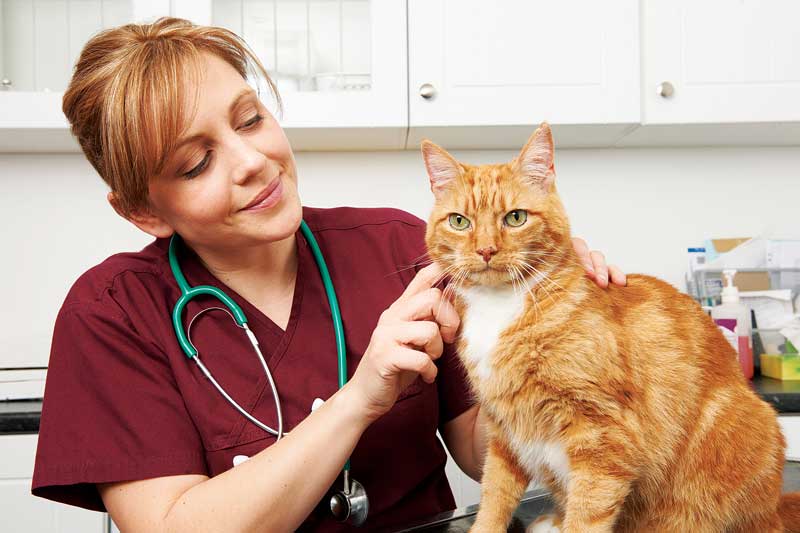 Most studies suggest longer duration is associated with lower risk of recurrence,11,12 but there are studies that have found no such relationship.10 It is likely individual patient factors influence the optimal duration of catheterization.12

UTO and its treatment are painful, and opioids are a mainstay of analgesic treatment.3 Buprenorphine is most commonly reported, though other opioids are also used. There is more controversy about the role of NSAIDs in managing UTO. A study in the U.K. reported meloxicam was used in 65.8 percent of UTO cases.3

However, meloxicam is licensed for chronic, as well as short-term, use in the U.K. and other European countries, and it is commonly offered to feline patients. In contrast, it is licensed only for short-term use in North America, and there is an explicit black box warning on the product in the U.S., which has discouraged use of this drug. The relatively recent approval of robenacoxib for cats without such a warning label, though, also only for short-term use, has provided an alternative NSAID, yet there is no research evidence directly comparing the safety of these drugs in cats with UTO.

Given many UTO cases involve FIC, which has a significant inflammatory component, it is plausible NSAID therapy would be beneficial in terms of analgesia and possibly control of the underlying cause of the obstruction. However, studies of the use of meloxicam in these patients have not found evidence this drug improves success or reduces recurrence.10,13,14

One study also found no apparent reduction in pain with addition of meloxicam to other analgesic treatment, though the study did not involve objective assessment with a structured pain scale.13

It is, however, important to note none of these studies reported any adverse effects of meloxicam on clinical of laboratory measures, suggesting the theoretical risks of NSAIDs in properly selected UTO patients are uncommon.

Cystocentesis has been suggested both as an alternative and an aid to catheterization in UTO cases. However, puncturing a bladder with an abnormal wall raises the possibility of rupture or leakage. Fortunately, research suggests these complications are unlikely.

Cystocentesis was a key treatment in the study of UTO cats managed without catheterization, and uroabdomen did occur in a few of the treated cats, though bladder rupture was not observed.7 A retrospective study reported similar findings, with suspected uroabdomen based on radiographs, but no cases of bladder rupture observed.15 However, two prospective studies, including one randomized trial, did not find evidence of effusion or any other complications from cystocentesis in cats with UTO.16,17

While the practice appears safe, unfortunately, the randomized trial also found no benefit, as cats treated with cystocentesis were not catheterized more easily or successfully than cats whose bladders were not decompressed.17

Muscle relaxants are commonly used in cases of UTO with the intent of reducing the risk of re-obstruction due. There is no definitive answer to the question of whether these drugs actually improve patient outcomes. From a theoretical perspective, the most common drugs, prazosin and phenoxybenzamine, seem unlikely to be beneficial, as they target smooth muscle in the proximal urethra, and most obstructions occur in the distal urethra where skeletal muscle predominates.1,2

While some evidence suggests outcomes are better when prazosin is used compared with phenoxybenzamine,10 a prospective randomized trial did not find a difference in outcomes between prazosin and placebo, though the trial was underpowered.18 Overall, the evidence supporting the widespread use of muscle relaxants in UTO is very weak.

Antibiotics also appear to be used commonly in UTO patients despite a lack of compelling evidence for any benefit.6 Bacteriuria is found in few UTO patients (none in one study),1,19 and in only a minority after catheterization (13 to 33 percent depending on the study).13,19,20

This post-catheterization bacteriuria likely represents transient colonization rather than infection, and it is likely the vast majority of cases treated with antibiotics received no benefit.1,2,6,21

Due to the common occurrence of blood, crystalline debris, and other material in the urine of cats with UTO, which may be a risk factor for reobstruction,22 bladder lavage after catheterization is sometimes recommended.2 Only one prospective, randomized study has evaluated this practice, and no difference on short-term recurrence rate or duration of hospitalization was identified.23

The majority of treatments commonly employed in feline UTO are based on limited and low-quality evidence. It is likely inpatient treatment with indwelling urinary catheters is more successful than the alternatives, but a spectrum of care options should be considered when this is not possible.

Antibiotics are very likely not useful, and the theory and evidence supporting use of muscle relaxants is not compelling. Analgesics are certainly indicated, and while opioids are the mainstay for short-term pain control, NSAIDs appear safe but of uncertain value.

As with most of the conditions veterinarians manage, we must make informed individual judgements about the best approach to treating each patient, considering the strength and limitations of the available evidence, proportioning our confidence in our choices to the strength of this evidence, and being ever ready to change course when better evidence suggests this is warranted.