Most people have likely heard of the placebo effect and believe they have some understanding of what it means. However, there is no consensus definition of a placebo or of the placebo effect. It is generally accepted that a placebo is an inert treatment with no direct physiologic effect on a patient’s disease or symptoms. Placebo effects, then, are effects associated with the administration of an inert treatment that are perceived as beneficial by the patient or that of observers.1

There are multiple mechanisms by which an inert treatment can lead to reported or observed responses. Many placebo effects are psychological responses based on belief and expectation that influence a patient’s perception of his or her symptoms or that have physiologic effects through centrally mediated changes in autonomic function.1-2 Placebo effects also may be caused by classical conditioning, in which physiologic responses to active treatments are paired with inert stimuli that are eventually able to elicit the same responses as the active treatment.2

Some effects associated with inert treatments in clinical research studies are not true placebo effects. Research subjects in a placebo control group may experience changes in their symptoms or other outcomes for a variety of reasons, and the use of an inert treatment can reveal that these changes are not due to the active treatment.

For example, the Hawthorne Effect is a phenomenon in which subjects improve simply as a consequence of being enrolled in a research study.3 Subjects get more care and attention, they tend to be more compliant with existing treatments because they are being monitored, and their condition may improve due to better overall care regardless of any active test treatment or expectation-based placebo effects.3

Regression to the mean and the natural course of disease are other phenomena that can be seen in subjects receiving placebos in a research study that are not true placebo effects.4 Symptoms of chronic conditions wax and wane spontaneously. Some conditions may resolve spontaneously. Patients are more likely to seek care, or enroll in research studies, when their symptoms are waxing. Thus they tend to improve after receiving care or joining a study due to the natural course of disease. Again, this can be revealed by placebo assignment, but it is not an effect of the administration of the inert treatment.

It is worth noting that all of the factors that cause placebo effects and apparent response to inert treatment also can be seen with active treatments. Pain relievers can elicit a greater response than explained by their pharmacological effects due to additional placebo effects. Part of the purpose of inert treatments in research trials is not only to assess whether treatments have specific effects but what proportion of the apparent response may be explained by concurrent nonspecific effects and placebo responses.

You May Also Like  Canadians adopted three million pets amidst pandemic

In general use, placebo effects refer to those changes in reported or measured symptoms associated with beliefs or expectations about treatment. However, in the context of medical research, any effect seen in the placebo control group is classified as a placebo effect even if it is due to other factors.1

Animal subjects in research studies exhibit changes in symptoms commonly identified as placebo effects when seen in human research subjects. These include subjective symptoms reported by owners or observed by investigators as well as objectively measured outcomes.2,5-8 There is no specific research evidence showing such effects in clinical veterinary patients not enrolled in studies. However, the circumstances and variables responsible for placebo effects seen in veterinary research studies usually are present in the clinical context, so it is likely such effects exist in clinical patients as well as research subjects.

Animals that are receiving inert treatments often show improvement in subjective outcomes (such as pain), which are assessed by caregivers, clinicians, or researchers. While it is generally accepted that most animals are not cognitively capable of having beliefs and expectations about their medical care, and cannot have the classic direct placebo response, humans involved in these studies are susceptible to such effects. This caregiver placebo effect has been convincingly demonstrated.5,7

Animals receiving inert treatments may show improvement due to causes other than direct placebo effects. Research has shown human contact has predictable effects on behavioral and physiologic responses in domesticated animals, and these effects can be interpreted as improvement in clinical symptoms.2,9 And just as classical condition contributes to placebo effects in humans, such conditioned responses certainly are present in other animals and likely generate changes in the condition of animal patients and research subjects receiving inert treatments.

Even relatively objective outcome measures have been shown to change in response to the administration of inert treatments. Seizure frequency, heart rate, and other objective outcomes show nonspecific treatment effects in animals just as in humans.2,8 Conditioning, the Hawthorne Effect, general response to human contact, and other variables are likely responsible for these apparent placebo effects.

You May Also Like  Liquid biopsy test can detect 30 types of canine cancer, study shows 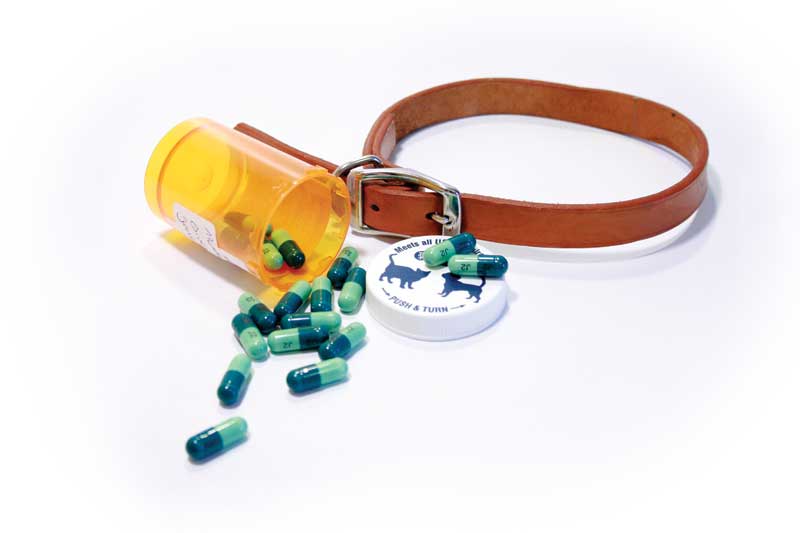 The presence of placebo effects and other responses to inert treatments has several important implications for clinical care. One is that apparent responses to treatment, especially in subjective symptoms such as pain, nausea, and fatigue, may reflect placebo effects rather than true improvement in the underlying condition. Human asthma patients, for example, report improvements in the symptoms experienced during an asthma attack when given a placebo inhaler.10 However, such responses typically are not seen in objective signs of disease. For example, the asthma patients who reported feeling better with placebo inhalers had no measurable improvement in lung function, unlike those patients receiving bronchodilator therapy.10

This demonstrates that placebo effects typically improve the perception of symptoms but not the actual physical disease. Such effects can fool patients and caregivers into believing they have provided effective treatment while allowing the disease to remain or progress. Asthma patients consistently treated with an ineffective medication might perceive some relief, but they could also be experiencing ongoing lung damage and ultimately have poorer outcomes due to the lack of objectively effective treatment. It is critical, then, that clinical therapies be demonstrated to be truly effective through clinical trial research. Uncontrolled clinical observation is an unreliable guide to efficacy.

There also are ethical implications to placebo effects.11-12 In human medicine, there may be some benefit to improving the perception of uncomfortable symptoms with a placebo alone. However, such effects typically are negligible if patients are informed that they are receiving inert treatments. Obtaining the subjective benefits of placebo effects requires misleading patients into believing they are receiving an active therapy, which is arguably unethical.11

In veterinary patients, placebo effects are obtained mostly by proxy through caregivers.5,7 This creates an additional ethical challenge, as caregivers may perceive benefits the patients are not actually experiencing. This makes the necessity of objective research validation for treatment efficacy even more critical in veterinary medicine.

Placebo effects and other nonspecific effects of inert treatments are manifest in veterinary patients and animal research subjects. Controlling for these effects in research studies is crucial to identifying the true benefits of the treatments we employ. The existence of such effects also makes clinical observation of response to therapy highly unreliable as a measure of the true efficacy of our treatments. Veterinarians and animal owners often see what we hope or expect to see in response to the therapies we employ, and it is possible to be fooled into believing ineffective treatments are working without appropriate controlled research evidence. This creates an ethical imperative to base our interventions on good-quality research evidence rather than uncontrolled observations. Fortunately, some kinds of nonspecific effects seen with inert treatments also can add to the real benefits of active treatments, and we can take advantage of this to maximize the benefits of our therapies once we have established objective efficacy.