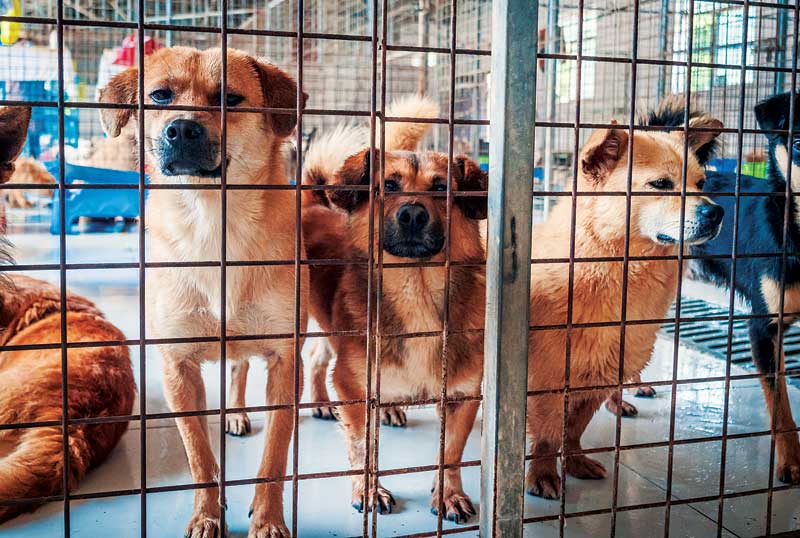 For pets, 2020 wasn’t the complete catastrophe some might have predicted. By all accounts, adoptions were up and so was business at many practices, led by the utilization of telehealth. The year 2020 exposed and fast-forwarded several issues that are now front and center, including an industry shortage of veterinarians, veterinary technicians/nurses, and even a shortage of pets.

Much of what occurred last year regarding pets and where it seems we’re headed in 2021 and beyond was predicted in Pet Nation: The Love Affair That Changed America (2020), by Mark Cushing.

Cushing is the founding partner and CEO of the Animal Policy Group, and his involvement in many veterinary initiatives over the years has led to cutting-edge change, most recently creating the Veterinary Telemedicine Association. He is an attorney who has advocated for veterinarians and industry since 2004.

He points out the human-animal bond has accelerated over the past two decades, not only in the number of pets owned (well, it’s no longer politically correct even to say “owned”—we’re talking numbers of pet parents) but also how companion animals are treated. “It’s no secret that dogs have gone from outdoors only to sharing our homes to sharing our beds,” he says. “And cats have taken on an entirely new value, no longer considered disposable.”

Cushing says he’s absolutely certain demand for pets will continue to soar. “If I need to prove the point, even during the pandemic, look what happened with adoptions. We need about two million (dogs and cats) a year to meet demand. Where do they come from?”

In some cities, at least at the height of the pandemic, shelters nearly emptied. True enough, many shelters (particularly in rural America and the South) continue to have lots of dogs and cats, but some urban shelters have fewer options for adoption than ever, except dogs that look like pit bulls or Chihuahuas. (There’s nothing wrong with those choices, but not everyone wants that.) Cats are still available but, happily, fewer. Though, for now, certainly, websites like Petfinder.com still have lots of choices. But the trend is clear.

Shelters with fewer pets “import” them from across state lines. But eventually—due, in part, to successful spay/neuter campaigns—as hard as it is to believe—that steady flow will dry up.

Increasingly, pets—particularly dogs—are being rescued from overseas. Cushing says according to the Centers for Disease Control   and Prevention (CDC) currently that number was at 1.1 million in 2019, and only about three percent have an appropriate and verified medical exam before landing in the U.S. “It’s great for the individual dogs to be rescued, but there’s a risk of bringing disease with them,” he says.

To Cushing’s point, that’s how the H3N2 strain of canine influenza virus arrived in the U.S. in 2015, and because the virus was novel here, it spread quickly. Many of the dogs arriving are doing so illegally.

Meanwhile, if you want a so-called designer breed from a responsible hobby breeder that can mean a two- to four-year wait. Who can blame families for not wanting to wait when little Johnny and Jill are begging for a dog? No wonder people go online and have flocked to pet stores. Cushing says, “Those (pet store) dogs are from large scale breeders, not always puppy mills.” No matter, the number of pet stores actually selling dogs/cats is on the decline for many reasons, including increased legislation that prohibits them for doing so.

If you desire a purebred Irish setter or Labrador retriever, there may be a long wait, in part, because responsible hobby breeders are on the decline and the same is true for those who breed pedigreed cats. And price tags for many dogs is on the rise.

The answer? Cushing says it’s breeder certification. “We need to bring everyone to the table, the animal rights and animal welfare groups, hobby breeders, shelters and rescues and the pet store industry,” he says. “We need to certify breeders, and get the departments of agriculture (which currently inspect kennels) out of the picture, and bring in 76 land grant universities, which study breeding, and also even animal shelters to inspect. There is a path forward which requires transparency and at least some trust.”

You May Also Like  Improving the outlook for brain tumor patients

In any case, while the number of owned dogs and cats is on the rise, and anecdotally so are veterinary visits, at least in some places, there is a clear shortage of veterinary professionals.

Cushing says that among veterinarians there are up to 5,000 jobs remaining unfilled. “The shortage is more apparent as a result of the pandemic, and it’s painful,” he says. “More demands and no more people to meet it means an increase of burnout and mental health problems, both already an issue before the pandemic.”

Regarding technicians, the pay is simply too low and they continue to be underutilized. “It’s like having a great passer on your team but you only allow the player to run with the ball,” he says. “No wonder, on average, they leave the profession after five years.”

But there’s good news, some of which was fast-forwarded by the pandemic. Cushing says 17 states simultaneously removed their requirement for Veterinary Client Patient Relationship (VCPR), and telehealth usage skyrocketed. “This has been great for the profession and for pets, and so far, zero harm,” he says. Also, there will be more veterinary schools, or at least one more—for starters in 2021 with Texas Tech at Amarillo, Texas.

Problems are impossible to solve without acknowledgement that there is a problem. “Most important, everyone now agrees there really is that (veterinary) shortage,” Cushing says. He predicts vet schools will also slightly adjust class size. And long-term there are various concerted efforts to attract minorities into the profession.

As for utilization of technicians, Cushing sees their role evolving as well. There is no equivalent of a physician’s assistant in animal health, but that could change.

“That antiquated notion of ‘If I let a tech do it, why will they need me?’ is disappearing—there’s no time for that nonsense,” he says. “And when you give qualified techs the opportunity, of course they overdeliver.”

Cushing agrees that 2020 was a year veterinary medicine began to adjust course.