Antioxidants have been a popular topic in human health for some time now, and as research advances, they are trending in veterinary medicine as well.

But just what are they?

The Mayo Clinic offers a succinct definition: “Antioxidants are substances that may protect your cells against free radicals, which may play a role in heart disease, cancer, and other diseases. Free radicals are molecules produced when your body breaks down food or when you’re exposed to tobacco smoke or radiation.” The definition applies to animal bodies, too.

“Normally, atoms are balanced with positive and negative charges,” he says. “But sometimes, they lose an electron, and the influence of the unbalanced charge can cause damage to living tissues. This creates oxidation, which is damage to tissue due to an unbalanced electrical charge. Free radicals are created through normal metabolism. For example, liver detoxification creates free radicals, which can create more toxic substances.”

But certain compounds, derived from foods, scavenge that loose ionic charge and protect tissue from it. These compounds reduce tissue damage by neutralizing ionic charges, Dr. Silver says. These are antioxidants.

The general consensus among consumers seems to be that antioxidants are always good things, Silver notes.

“Frequently, public opinion holds that antioxidants are all good, so the more you have the better,” he adds. “That is not necessarily true. If you use a very large amount of antioxidants, they can become prooxidant.”

For instance, vitamin C is sometimes given intravenously to help treat COVID-19 patients. Vitamin C is an antioxidant, but in a super high dose becomes a prooxidant, Silver says. Not only that, the role of antioxidants in chemotherapy is controversial.

You May Also Like  Current lifespan patterns in dogs

“Antioxidants can reduce tissue damage secondary to chemotherapy or radiation,” he says. “But oncologists are concerned that if a chemotherapy agent kills the cancer through oxidation, using an antioxidant might have the capacity to lessen the desired effects of chemo and radiation.”

There are several schools of thought in oncology, both human and veterinary, Silver says.

“At the same time, most aren’t ready to suggest antioxidants with radiation therapy, which is strictly oxidative in nature. I personally can’t believe an antioxidant is strong enough to counter the effects of radiation therapy. The information isn’t clear cut, meaning where it’s safe and where it isn’t. It’s not definitive. We need more studies.”

Oxidative damage from free radicals can lead to chronic inflammation.

Low-level inflammation is “silent” and destructive, she says. The danger is insidious and may go undetected for years.

“Our daily bodily functions involve tissue injury, release of free radicals that go on to create inflammation and infection by viruses, bacteria, or fungi that constitute an ongoing accumulation of free radicals,” Dr. Jeromin says. “Free radicals work at the cellular level, affecting the regulation of immunity. Antioxidants—the most common of which being omega-3 fatty acids, most often in the form of fish oil—actively provide protection against free radical destruction.”

You May Also Like  Test your veterinary knowledge with our April Brain Teaser!

When to use antioxidants and when not to isn’t clear cut, Dr. Streeter says.

“They have a place at any stage of life. It depends on which antioxidant you’re talking about,” she says. “In puppies and kittens, antioxidants may affect vaccine response and immunity. For aging dogs, antioxidants can delay or improve cognitive dysfunction. We don’t have a lot of evidence in dogs that antioxidants for cancer prevention can be helpful.” 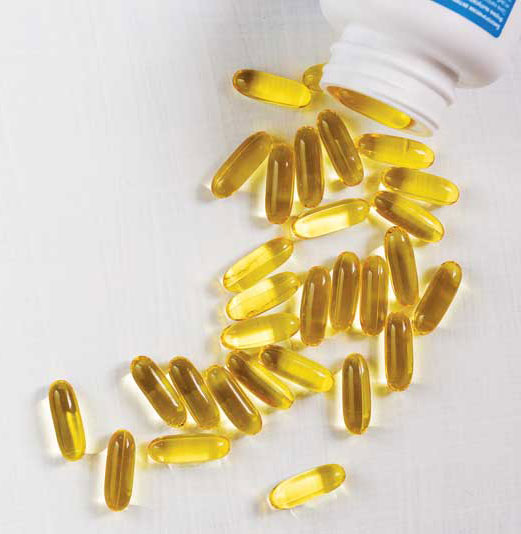 Nonenzymatic antioxidants work by interrupting free radical chain reactions, according to a 2015 report by the Royal Society of Chemistry (RSC). Examples include vitamin C, vitamin E, plant polyphenol, carotenoids, and glutathione. Enzymatic antioxidants are soluble in water or lipids.

“The important part for veterinarians and support staff is to think about both as normal parts of cellular function,” Dr. Weeth says. “We need to protect cells and their functions. Remember that too high a dose of antioxidants could potentially have a negative side effect. With food delivery, this is less of a problem.”

“Everyone wants to group antioxidants together as one big monolith,” she adds. “All have slightly different functions and complement each other. We need to think about what we’re giving, in what amounts, and for how long.”

While a complete and balanced pet food should supply a healthy amount of antioxidants, veterinarians may also see uses for supplementation.

“I use a lot of vitamin E, carotenoids, selenium, and alpha-lipoic acid. In addition, I often recommend just using fruits and vegetables in whole forms,” Streeter says. She notes alpha-lipoic acid is toxic to cats in higher doses.

Manner of delivery does matter. Further, it can be different for each antioxidant.

“Vitamin E in gel cap form on an empty stomach isn’t absorbed well,” she says. “With food, it is absorbed and theoretically utilized much better. It seems to depend, but in general, giving supplements with food offers the best chance of getting absorbed.”

Weeth recommends antioxidant supplements to older animals if they are otherwise healthy.

“With some antioxidants, like vitamin E, we don’t know if there are safe upper limits for dogs and cats. In people, they have linked high vitamin E with an increased risk of heart attacks. An interventional study in 2000 was ended early because the people getting vitamin E were dying at a higher rate.

“In people, the upper limit is 400 IU per day of vitamin E. We don’t know if there’s an upper limit with dogs and cats.”

Weeth says that while alpha-lipoic acid seems safe for people and dogs, in cats it can cause liver damage.

Antioxidants obtained primarily through food—as in colorful fruits and vegetables—are good, Silver says. However, when environmental stressors are high enough that food-bound antioxidants aren’t sufficient, supplements can be useful.

“Today, with so much processing of foods, the loss of potency is a reasonable reason to consider adding supplements to pets’ diets,” he adds.

Marilyn Iturri is a freelance writer based in Southern California.