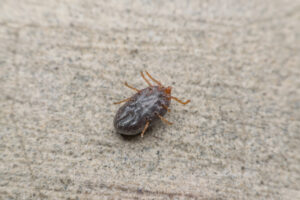 The long-horned tick could establish itself across North America if transported accidentally, according to a new study.

“The long-horned tick is also known as the east Asian tick, in Australia as the bush tick, and in New Zealand as the cattle tick,” said Dr. Raghavan.

“This species of tick is native to Japan, China, the Primorsky Krai region of eastern Russia, and Korea, and is well-established as an invasive species in Australia, New Zealand, and on several Pacific Islands.”

According to Raghavan, in some places (i.e. Australia and New Zealand), the tick is implicated in the transmission of theileriosis to cattle. Further, in other areas, it is known to transmit severe fever thrombocytopenia virus to humans.

The study’s focus is to predict where this tick could establish in North America, and to do it as robustly as possible considering all the caveats in spatial distribution modeling.

“By our model, we have identified vast areas of North America, particularly the southeastern U.S., the West Coast and broad areas of the northwestern U.S., as well as central and southern Mexico, as climatically suitable for establishment of this species,” Raghavan said.

The long-horned tick can reproduce without males and can spread to new places and establish under diverse climatic conditions.

“An invasion in the U.S. would carry a significant economic burden and potential human suffering, especially since this tick is capable of transmitting a variety of pathogens such as those causing Lyme disease and others,” said Steve Barker, BSc, PhD, one of the study’s 10 co-authors.

The researchers also are concerned the ticks could travel as parasites on different mammals.

You May Also Like  Prevention, awareness necessary to control tick-borne disease

“In our opinion, we feel there is a need for strict inspection and quarantine of cattle, other livestock, and pet animals, particularly dogs, about to be transported from the current focus areas of this tick,” Raghavan said.

“The movement of ticks via livestock and other domestic animals is not currently monitored or regulated, so it is only a matter of time, in our opinion, that this species will spread further in North America.”

One thought on “Dangerous tick species could spread across North America”